'Oh those beautiful days', the play that sticks on the stage of the Metropol Theater actors Yllka Mujo and Sokol Angjeli 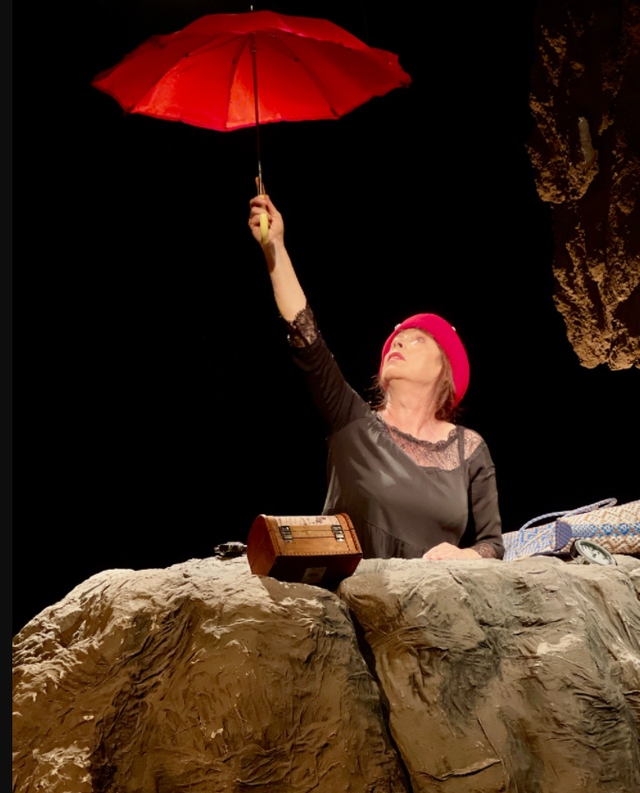 Metropol Theater brings to the stage the premiere of "Oh those beautiful days" by Samuel Beckett directed by Arben Kumbaro. The play, which is considered one of the most famous in the modern world theater, will be interpreted by Yllka Mujo, accompanied by the interpretation of the actor Sokol Angjeli. "Oh those beautiful days" has been selected to be staged at the Metropol Theater on October 7, 8, 9, 10, 15, 16, 17, 22, 23, 24, 29, 30, 31 at 19: 00. 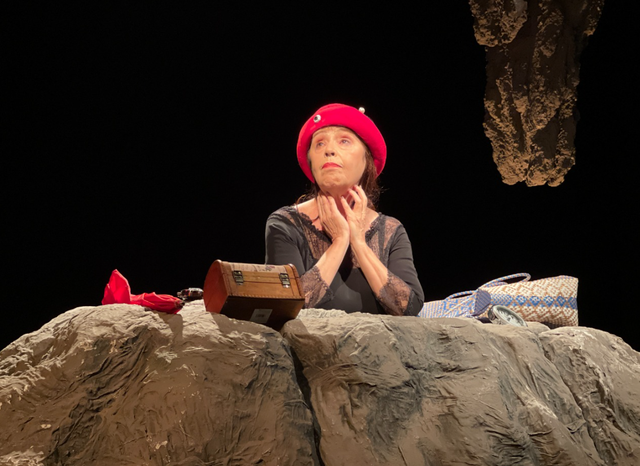 "The purpose of staging this play is to enliven the cultural life in Tirana in this unfortunate time of the pandemic. The play is on the verge of a monodrama and will be performed by one of the most prominent actresses of our theatrical tradition, Yllka Mujo. Since we live within completely limited physical possibilities, the requirements of this project make its realization completely possible. The work has extraordinary current values ??and is a roar and reflection on the meaning of human life. An effort to restore hope in our society "says director Arben Kumbaro. "Oh, those beautiful days" by Samuel Beckett is a two-act play. It has received worldwide critical acclaim and the author himself is a Nobel Prize winner. Some of them have rated it as one of the best written pieces of all time. She belongs to the Absurd Theater and her performances have recognized the important stages of many theaters in the world. The play is mainly a monodrama where the main character Vini is often compared to the importance that Hamlet has in the theater. In the first part Vini, a woman in her sixties is immersed halfway in a pile of sand in the desert, as the author describes it, which in our project we can treat as a pile of sand and inert waste to remember somewhat destruction after a natural disaster (earthquake) in which it has stuck there for a long time to remember. Around her crawls her husband, Vili, who reads the newspaper and occasionally warms himself in the sun. Vili almost does not speak at all all the time, only very rarely responds to Vini when he asks for an opinion, sometimes just murmuring.
While Vini who postpones time dealing with the sun umbrella, her bag and the objects she takes out of the bag remembers the beautiful days that had passed long ago…. In fact it is not very clear whether she really has spent beautiful days in her life or has ever dreamed of how many beautiful days she would spend her whole life. Or beautiful days are rather a metaphysical and philosophical belief with which she helps herself to be alive. 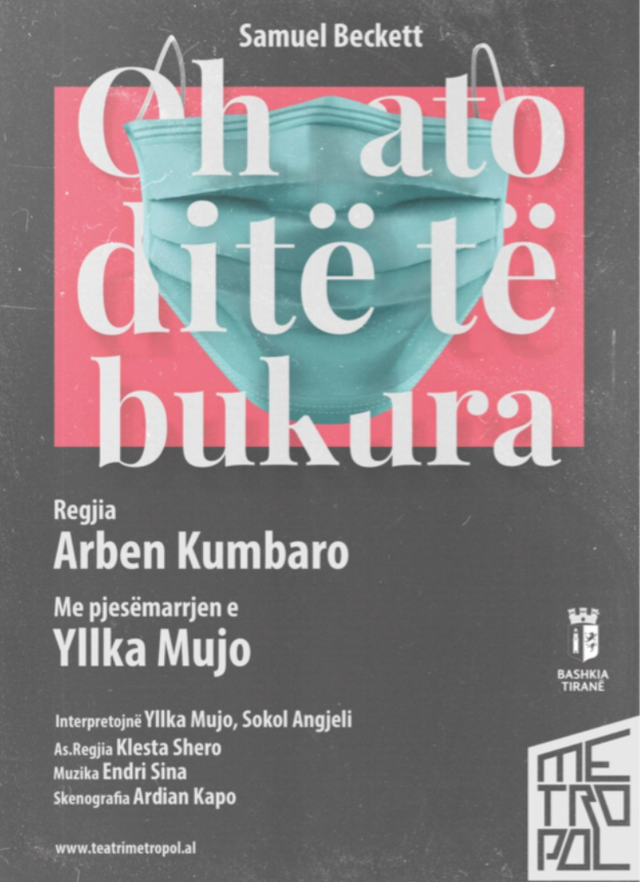 In the second part she is sunk to the ground, with only her head out and continues to remember or talk about the beautiful days. From time to time Vini wears a mask on his face against an alleged pandemic… The
scenography realized by Ardian Kapo is designed according to the needs dictated by the author. It will bring to the stage the visuality of a desert land with stalactites and stalactites where the main character will stand in the center of the stage immersed in the ground to the middle and stuck in this reality from where he can not escape. The music is also intended to be an integral part of this show where instrumental and vocal music will be combined, preserving the atmosphere in which the show takes place and the place where it takes place.

Samuel Beckett
World-renowned writer Samuel Beckett was born on April 13, 1906 near Dublin, Ireland. He was an exemplary and family-oriented boy always supervised by a nanny whom the family had taken to stay with him. After graduating from high school with a rare talent, he moved to Paris in 1928. His first major success was his transfer to Trinity College in 1928 in Paris, where he studied French. of Italian. Here come the first positive steps for him. He began to deal with the world of literature and began to make new friendships to learn more and more. There he also met James Joys who also turned to his professor to teach him everything he wanted or was curious to know. That was enough, and immediately began his extraordinary career where he immediately won the first literary prize earning ten pounds with the work called "oschoroscope". He wrote his works in French and immediately occupied an important place among other great authors. He was one of the most original and important authors of the 20th century. He was crowned with the "Nobel" prize for literature in 1969. Beckett differed from other writers of his time where in his works he always addressed the concerns of others and the society of that time. Through the novel "Waiting for Godona" which is also his most successful work he conveys to the reader the dramatic spirit where he considers himself a true novelist. "Waiting for Godon" was written on January 5, 1953 in Paris. It has long been considered the "best seller". Samuel Beckett's literary creativity has often been used in the theater where world-famous directors have staged various works on stage which have been well received by the public and have been very successful. Taking a "virtual" walk through Ireland, France, England and Germany he wrote poems and stories from the most diverse, showing the most interesting experiences and situations which he skillfully sculpted in the lines that have filled the books published by his pen. .