"Tirana over the years has hosted whole generations of artists, actors and writers, many of whom no longer live today. But the city that continues to change, is still hidden in the memory of many of those who today remember it with nostalgia as it was, without hiding the pleasure that Tirana is being transformed and developed as a modern and cosmopolitan city.The recently published documentary, entitled "Myths of Tirana", tells through the impressive stories of well-known names such as Fatos Kongoli, Bujar Kapexhiu, Luljeta Bozo, Skënder Kamberi and Edmond Tupja, the Tirana of the past, but also the Tirana of today, where the vivid memories of each of them are traced, to the Tirana where they grew up and still live today.

"Tirana as a metaphor is a woman. Then we called her friend, and now lady, lady. Then Tirana was smaller, now much bigger. Then it was low, short. It's over now. Tirana at that time was more shy, wiser, now it is more agile. It was poorer, hungrier, today it is more saturated and rich. We used to have a lot of acquaintances, but today I have a lot of strangers. "Tirana has changed a lot because at that time we knew the residents of the other neighborhood, today we do not even know the neighbors of the scale." "A lot of good things have been done in three directions: There is a rule in issuing building permits, all roads have been paved, not only inside the city, but also in the suburbs, and the third, which is very important, has been greened. It is a city that has half of Albania, with many cultures and with an extraordinary harmony. " 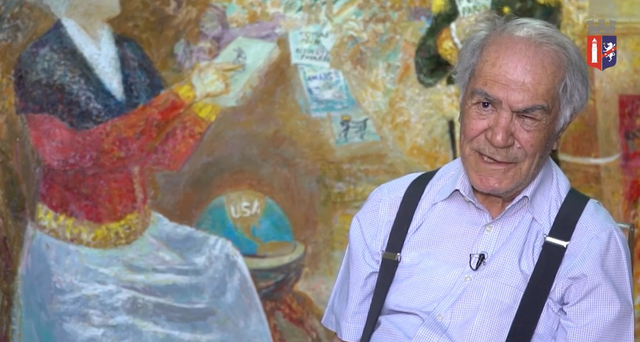 "Tirana has very beautiful mornings. It has Dajti, at dawn it is brilliant. The hills. I have painted it several times. And the towers have given a more modern note to the city, more cosmopolitan, they have brought it closer to Europe. This pleases me. and it makes me work well here. " "On Rruga e Bogdanëve is a one or two storey house, which I also made a character in a book, which smelled of flowers, pots, fruit trees. I still go there today for nostalgia. It lies in a north-south direction. and the wind blows. It's a fascinating road! " "I grew up and formed in Tirana. I have spent my whole life here. Until recently, before I got sick, my favorite environment was running around the Artificial Lake. I would get out early every morning and start running as soon as I arrived at the Dam. I ran my daughter around twice and returned home. Later, when I was hospitalized with hypertension, the doctors told me that this had saved my life. Tirana is the unchanging background of my books. "