The Tirana Marathon will not only be a race, but also a celebration. 7 mini-concerts were organized for that day 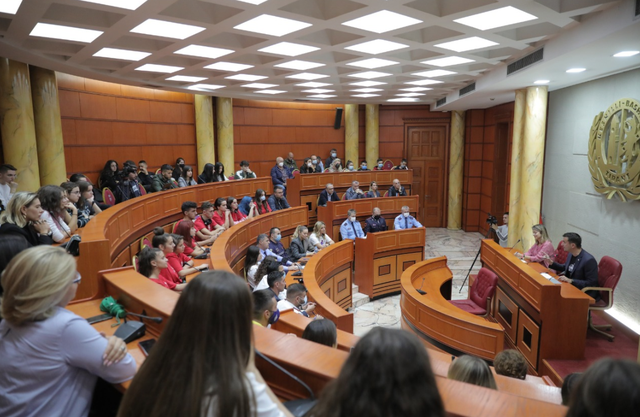 The International Athletics Federation has certified for the first time Tirana as a professional organizer of the October 17th marathon, licensing it for the full route of the 42-kilometer race. The news was announced by the Mayor, Erion Veliaj, during the official launch of the Tirana Marathon, where thousands of athletes and citizens passionate about sports competitions, local and foreign, are expected to compete.

Calling everyone once again to join the biggest sporting event of the year, Veliaj also asked for the understanding of other citizens, because Sunday of the marathon will be another day without cars in the capital.

"After two years of separation from the pandemic, this year we have the most special edition of the marathon, because it is the first time that we are licensed for a full marathon, of 42 kilometers. We will hold other editions, 21 km, 10 km, or that for people with disabilities and the cross we do in advance on Saturday, but for the first time we will have this dimension. This means that the duration of the marathon will be a little longer, so above all we need understanding from the citizens. Of course, the Police will do its job, we will have constant communication with the media, but we need a lot of patience that day because we do not want to risk not being certified as professional organizers, "said Veliaj,

The Mayor also called October 17 a festive day, and even said that several concerts and other activities were organized in its function.

"We have planned not only the sports part, which is certainly the most important part, therefore we are certified for the marathon to develop a worthy sports competition with other capitals of the world, but also the festive part. We have organized about 7 points with music and mini-concerts, as we want the city to experience it as a big celebration, "he said.

The mayor underlined the fact that this day will serve the local economy itself, as so far over 1000 athletes have been registered who will come from outside Tirana, or abroad, and has considered it a test for events of this magnitude.

"Both the urban part and the part of the parks will be crossed. It is a way for those who visit it as runners to have the opportunity to see urban Tirana, but through the run to see a little green Tirana, Lake Park, a fantastic area that has now doubled especially after the cleaning we did in our mandate of first and revitalization of tree planting. This is a fantastic opportunity to show that postcard of Tirana, how nature coexists with a city that is urbanized day by day, "said Veliaj.