Budget 2021, Veliaj meeting with young people: We continue with the construction of new schools; funding for youth start-ups 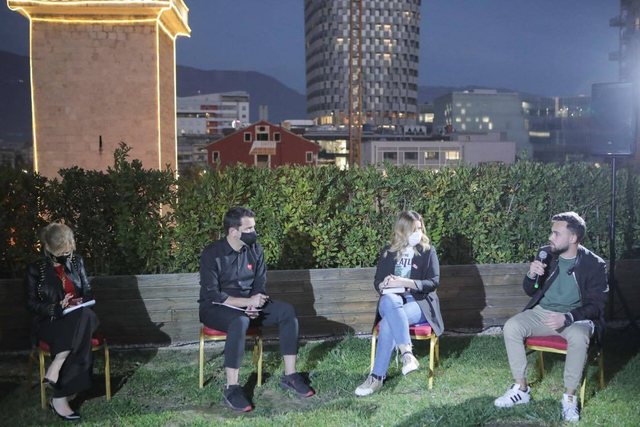 The Municipality of Tirana has started public hearings with participation for the draft budget of 2021. In the meeting with 10 young people, representatives of various organizations, Mayor Erion Veliaj said that the priority of the municipality for next year will be the reconstruction of schools, transformation of the Pyramid in an innovation academy, as well as start-up funding for young people. He added that just like the "Sami Frashëri" school, work is continuing for the construction of 17 new schools.

We are one year away from the devastating November earthquake, which showed us that schools built in the '60s and' 70s were just an earthquake away, starting with my old school, "Sami Frashëri", which will not take place in Paskuqan, but where it has been, and the foundations have already been laid to be rebuilt twice as large, to welcome the influx of 1,500 students, as one of the most sought after schools in Tirana. Beyond the hysteria that arises for each project, "Samiu" is just one of the 17 new schools we are building, together with the government, with the project of rebuilding schools from the earthquake. Meanwhile, we had a process started with 17 other schools, in partnership 50 to 50 in the budget ", said Veliaj.

Work will continue with the addition of sports fields.

"We will continue with the sports fields. We started with outdoor gyms, as more and more things will be done outdoors. Farka Lake is almost finishing its contour, we want it to be a second park. Many of our schools are encouraging them to go out in the park, my former old school "December 20" could very well now use the park "Youth", another product of collective hysteria, but here it is today, a jewel in center of Tirana ", he said.

Special attention in the new budget is paid to the transformation of the Pyramid, to turn it into the largest center of innovation, where young people will learn the language of coding.

"The siege of the Pyramid has been done, the works will start there to turn it into a big youth center. However, at the "National Arena" we started Tumo courses for ages 12-18. However, for the older ones, we opened the Software Development Academy, at Protik after the Prime Minister, which are more specialized courses. A large part of our budget for this year will go to the Pyramid. One part will be financed this year, the other part will be financed in 2022 ", explained Veliaj.