I thought that gaining British citizenship would finally mean security ... how wrong I was! 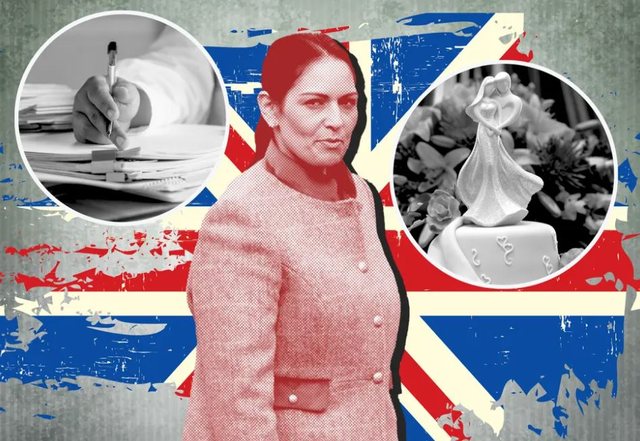 Almost halfway through her journey to citizenship, Kate Ng discovers that possible changes to immigration law could mean there is no end in sight.

Many times when I tell a British man who is not married to a foreigner my five-year plan for British citizenship, the reaction is always the same: open-eyed, shocked eyes, nods and the question: “I thought he would get it automatically citizenship once you marry a Briton? ”

This has not happened since 1981, when the British Nationality Act was introduced and marriage was no longer an automatic route. Since then, the journey to gaining permanent residence and citizenship in the UK has become more difficult and more expensive; and now, as MPs have voted to pass the bill on nationality and borders, it seems to me as if I am heading towards a rock.

If passed by the House of Lords, the controversial bill would allow the UK government to revoke the status of persons who have obtained citizenship through immigration, leaving them stateless. It does not matter if they have dual citizenship or not, as long as the government thinks they are eligible for citizenship elsewhere.

This means that, after about three years (five years after obtaining my spouse's first visa, which must be renewed after two and a half years), when I finally cross the last hurdle and obtain British citizenship, I can to be snatched from me at any moment, without warning. It would not matter if I was a citizen for half a century or for 10 months - it would be devastating anyway.

Molly-Mae Hague plans to delete Twitter after calling it "the most toxic platform ever". It especially hurts me to think about the thousands of pounds I already have and will eventually split up just to make this place my permanent home. The cost of migrating to the UK is embarrassing: from 2021, it costs 23 1,523 to apply for a spouse visa from outside Britanisw. This is reduced to 33 1,033 if you are applying within the UK, which you can only do if you have already provided some other legal way to live here.

But that is not all. Furthermore, there is the additional immigration health fee, also known as the NHS supplement, which is a mandatory payment that foreigners must make to enter the NHS. This does not apply to short-term visitors, such as tourists, but comes at a cost of 6 624 per year for all other visa and immigration applications.

It does not stop there; more costs are incurred if applicants have children or have to take an English language test or a life skills test, or a tuberculosis test to gain entry, or pay for the translation and printing of documents. You can pay to get a faster decision on your visa application if you get another 57 573 - this increases to 800 800 if you are within the UK and want a decision within one business day. If the Home Office rejects an application, you will not get a penny back even if it was a mistake on their part.

So when I reapply for my spouse's visa next year, which I have to do in order to qualify for citizenship within five years of my first visa, I may have to pay even more than the aforementioned amount. And who knows what the cost will be by the time 2023 comes? They can be astronomical; for the British government, I am nothing but a cow with money.

So the idea that Home Secretary Priti Patel could remove all of this one day seems particularly bad. All the years of worrying about money, all the time spent carefully gathering evidence of my relationship and submitting it all to the Home Office, trying to prove I deserve to be here; These were things I thought I could leave behind once I crossed the finish line to get citizenship. But now it seems to me that when I get to the finish line, instead of celebrating, I will always be at an advantage.

As the UK's hostile environment gets worse, it is, predictably, the non - white ethnic minorities who will experience the worst effects. According to the New Statesman analysis of data from the Office for National Statistics, up to six million people could be at risk of being deprived of their citizenship status without warning.

I came here believing that if ... I was the very definition of a 'good immigrant', I would eventually be safe.

The publication found that two out of five people from non-white ethnic minority groups (41 percent) are likely to be eligible for revocation of citizenship, compared to one in 20 people categorized as white (five percent). Most of those who would qualify are people born in India, followed by Pakistan, two of the largest groups of immigrants in the UK.

The Home Office argues that the government has had the power to remove British citizenship for more than a century, and that it is "always a last resort against the most dangerous people to protect our national security and public safety". But no one has forgotten the horrible treatment of the Windrush generation.

The very notion of revoking a person's citizenship status without being required to notify them is a dangerous precedent. I came here believing that if I obeyed all the rules, I would eventually be safe. Now I'm not so sure.