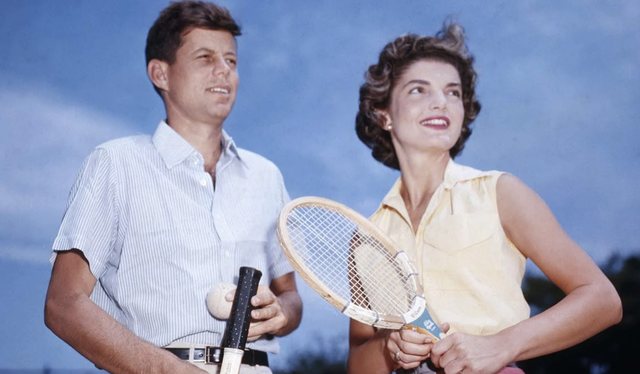 Everyone talks about her, makes her print and digital media, because she was the wife of John Fitzgerald Kennedy, then his widow, but she was also a highly regarded and beloved style icon, until the moment she chose to become Mrs. Onassis. But who knows if with all those written and spoken words, the whole world knew what was hidden behind Jacqueline Kennedy's photographed smile.

Maybe he had no consciousness or maybe it was really easier to pretend you didn’t see it, because the myth of perfection, embodied by Jackie and John, could not be shattered into a thousand pieces. That of the former first lady of the United States, in particular, was undoubtedly a comfortable life, but not without the sacrifices, toils and sufferings lived with the greatest stoicism. From accepting all of her husband's betrayals, to fertility problems to giving up her personal career.

Jacqueline Kennedy and JFK: The Myth of Perfection

Beyond the hidden secrets, tragic ending as in Greek tragedies, criticism and applause, we can not deny that Jackie and John have embodied and given life to the myth of perfection. A prince and princess wearing modern clothes and living in a castle in the shape of a White House. A powerful couple, like no one before, who envisioned a lucrative mix from every angle and who, however, hid behind all the beauty and icon, all the shadows and ghosts of marriage.

The words spoken by Jackie in this iconic statement make us imagine that the first lady was being identified. Of course love for her meant a lot, or maybe everything, as evidenced by the choice to stay close to that man, and his betrayals, forever. And as she herself said: "The first time you get married for love, the second time for money, the third time for society."

JFK was Jacqueline's first husband, the second would be the Greek owner Onassis and the third would never arrive.

On November 22, 1963 in Dallas, Jackie wears her favorite costume, that of Chanel pink. John wants the car to stay open because everyone has to admire his wife's beauty, after all, image is everything. Then three rifle shots change the course of history: that day politician John Fitzgerald Kennedy dies and the JFK myth is born. In the horror and disbelief of the crowd of citizens on the street, Jackie becomes aware of the end and the embrace of her husband, in just three words, crystallizes the myth: "I love you Jack."