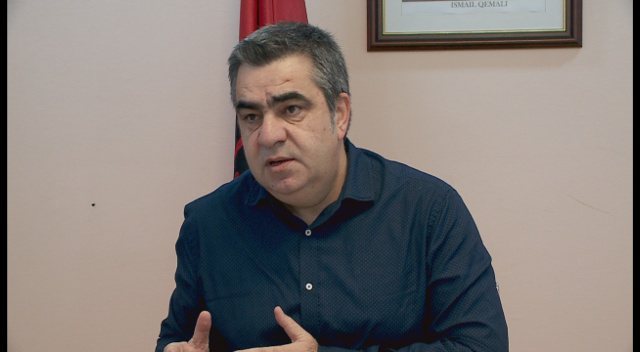 1. No public fund, in conflict of interest, has been obtained from my family firm! There is no conflict of interest between my duty and private interests! Any information is stated in ILKDPI in the statement of the beginning of the duty according to the law!
2. The value that the PD is talking about belongs to the 10 year old from 2010, a total of 23 million new lekë, of which only the value of 3.1 million new lekë belongs to my time in the task I currently perform, ie 13.5%! It is deliberately declared 8 times to inflate it, but even the value of 3.1 million ALL is not in violation of the law on conflict of interest!
3. Even from the value in question (3.1 million ALL) 1.7 million are some small purchases, where even a declaration of conflict is not required from the subject, won at the lowest price, and only 1 procedure of 1.4 million ALL is subject to declaration - completely legal! So from the accusation of 23 million ALL we came to 1.4 million! 16.5 folding, magnifying, bouncing!
4. Based on law no. 9367, dated 7.4.2005 "On the prevention of conflict of interest in the exercise of public functions" (amended) article 3, point 1, "Conflict of interest" is the state of conflict between public duty and the private interests of an official, in it which he has private interests, direct or indirect, that affect, may affect or appear to affect the unjust performance of his public duties and responsibilities. If we look at Article 31 of the law, the exception to the general rule applies to the heads of other state institutions that are not civil service, as is my case. Thus, the official of an institution included in Article 31 of the law, can enter into a contract with another public institution. It is enough that the contract is not concluded with the institution where he is self-appointed. In case contracts are concluded with other state institutions that have different fields of activity, it does not constitute a conflict of interest!
Explained differently, conflict of interest exists in those cases when the official with his authority can influence the conclusion of an administrative contract. Influence as an official normally, can not extend beyond the scope or competence where he exercises duty in another competence. There can be no influence in the decision-making of one institution with another area of ??responsibility for another. This concept is further expanded if we read Article 4 of the law, which states that the rules for the prevention of conflict of interest are mandatory to be applied by every official when he participates in a decision-making on administrative acts and contracts. So even for the service of 1.4 million ALL, there is 0 conflict of interest! Kokoshi did not even turn into 1 deep, but was ZEROA because = FAKE NEWS!
5. For the DP, Sali or any curious person, although I am not obliged to defend myself at all because I have not violated any law but also any moral code, I am clarifying an important report! In 10 years of activity, the family firm has billed for public entities only 1.57% of the total trade turnover! Chronologically: 2010 - 4.1%, 2011 - 0.64%, 2012 - 1.4%, 2013 - 0.4%, 2014 - 1.5%, 2015 - 2.7%, 2016 - 1.4%, 2017 - 2.1%, 2018 - 1.2% and 2019 - 1.67 %! Public funds neither hold nor have a specific weight in the fortunes and success of my family firm founded in October 2009! There is no growth curve / indicator in the years of my engagement in various leadership roles at the local level in October 2015 in APR - Municipality of Tirana or after December 2018 in DPSHTRR! I do not want to draw a conclusion, but neither the DP nor the "interested" portals ask,
6. My family's firm does not specifically exercise in its activity any of the functions encountered with DPSHTRR: does not issue license plates, does not issue licenses, has no vehicles or driving school courses, has no exclusive license, nor regular city, intercity passenger lines or international, and does not enjoy any privilege / concession arising from my duty! Conversely: DPSHTRR neither rents cars nor provides driver services!
7. For the period 2010-2019, my family's company has poured 71.5 million new ALL to the state (source E-Tax, GDT)!
8. My family activity employed 17 employees for 2019! As a firm, my wife, my son and I, together, have paid to the state only for 2019 the value of 8.4 million new lek (which does not include the annual taxes of the Fleet which are another 4.9 million lek)! Even if we were, that we are not, in conditions of conflict of interest for the fund 1.4 million ALL, where the profit is calculated at about 15% of it, or 0.21 million new ALL (1500 Euros) this "profit" for 2019 would be as much as 1 / 40 of what my family and I have contributed as a total for the obligations to the state !!!
9. For the earthquake emergency, as an act of social responsibility, in vehicles, services, cost km and drivers, my family firm has provided assistance in the amount of 5,000 Eu!
10. I am open to any verification, as I am more motivated than ever to allow anyone to slander me or to the detriment of my image and my family!
11. For allusions on any phenomenon or indication / evidence / suspicion related to the services of DPSHTRR, I invite the DP and every corner to denounce on the portal www.dpshtrr.gov.al (even in anonymity!) To follow, as well to report any case to the relevant competent bodies!
12. Regarding the family firm, as an activity and as a brand, for the eventual damage it suffers from such unfounded accusations, a legal reaction is being considered!
In conclusion: I would like with all my heart that the DP does not rush in such cases, to show that it knows the state and the law, that it knows how to separate the alum from sugar and that it respects legal business! It is not at all fair to play kukamceft with statuses issued by Saliu, reposted by some portals, then PD addresses them as accusations expressed by the media! Thus it loses all sense and every point of reference while the country needs a serious, real and objective opposition!
#Transparency #BollMeFakeNews