I will sue him for the video! Police Director Ardi Veliu: My word was taken out of context, what did he say specifically? 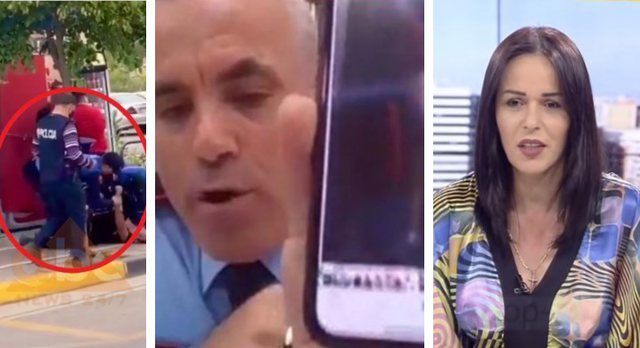 Police Director Ardi Veliu showed a video today of the mother of 15-year-old Sarandi Çobo, where she was seen with a pistol in her hand.

Zaida Çobo reacted by saying she would sue the police director, claiming that the video was part of the shooting of a film. Her 15-year-old son was raped a few days ago by a police officer near the lake because he had left without permission and the video that circulated on social media and networks was widely commented on.

After the mother of the 15-year-old, the Director of the State Police, Ardi Veliu, reacted again, saying that his speech is being taken out of context and he emphasizes again that the police officer has been suspended. he apologizes if he has misunderstood.

But has Ardi Veliu's speech in the Security Commission been taken out of context?

Tiranapost.al makes the full disclosure of his speech.

Ardi Veliu: Not that I want to protect the police officers. Police officers in a certain case have a violation of competence and the police officer who has consumed this action has been suspended, disciplinary investigation has begun, at the same time a criminal investigation has been launched by the CIA. But trust me, if we look at what this boy represents from beginning to end, is this guy really convinced of all the actions, the police calls as his mother claims, who felt very offended? . He will show you a video of his mother, who his mother is, and believe what family this child comes from and then judge for yourself.

This is the mother of the boy with the pistol in his hand. I showed you this video to tell you what family this child comes from, how educated he is, how much he has obeyed the calls of the police and in the end the police, as always, become victims.

Statement of the General Director of the State Police Ardi Veliu:

I am sorry that the State Police regularly becomes the target of those who never said a motivating word about it and today again the same thing.

While we are the most rigorous organization in dealing with phenomena within ourselves, it is enough for one of our employees to make a mistake and even though he is punished in the first place by us, still the blow continues to the State Police.

Today I have been personally targeted and I am sorry for the distortion that is taking place in the reality of the event I spoke about and my own approach to it.

First, my word cannot be taken out of context, as is being done.

Secondly, I made an illustration of the idea that it is not always possible to blame only the police officer by being caught after a random photo, without considering the whole context of a situation.

Third, I have clarified that the employee in question has been suspended and a disciplinary and criminal investigation has been launched against him.

Fourth, I was openly communicating with MPs, a concern that is good for our employees, for the demonization of the figure of the State Police, and I did not want to say more than that.

But in the end I want to tell all those who are hastily judging this next "crime" that if I have not been able to properly explain what I intended, it is not enough to judge me on purpose. .

I have kept this task and I will keep it until the end with honor and the work has spoken and will speak for me and the State Police better than our words.

Sorry if I created a misunderstanding with my comment and I believe that anyone who will judge without premeditation and without even thinking of this as the next case to muddy the State Police, will find reasons to accept my apology!