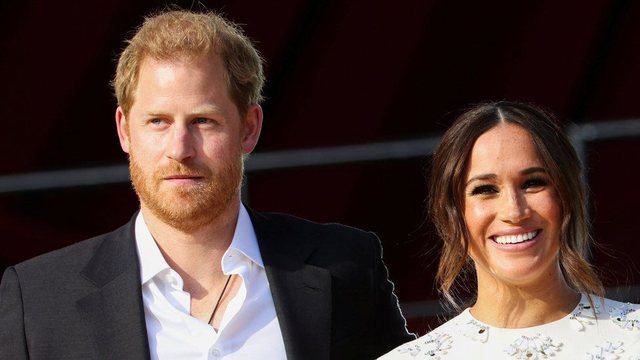 The image of the Duke and Duchess of Sussex is being used on social media to promote Bitcoin-related investment schemes.

Fake photos and interviews with Prince Harry, Meghan and other celebrities are being used to attract investors.

The number of customers reporting potential fraud has increased by more than 400% in five years. In 2021, there were more than 34,000 reports from consumers with suspicions of potentially fraudulent investment offers, the FCA says.

"People have to be very careful when they see investment ads that offer high profits, even if they seem to be backed by celebrities," said a spokeswoman for the financial services regulator.

The Supervisor warns of growing concerns about the quick getaway scams advertised through social media or search engines.

Fake interviews with Prince Harry and Meghan have been used before in investment claims, and there appear to be new attempts to use their names in online articles promising immediate profits, spread on social media platforms.

"People make millions from home using the latest Harry and Meghan advice," says one of the latest fake headlines, in a story also using the logos of news brands, including the BBC, Daily Mail, Sun. , Forbes, Good Morning Britain and The Guardian.

Another article was titled: "Harry and Meghan shocked everyone by revealing how they earned ,000 128,000 every month."

The articles falsely claim that in television interviews the couple supports investment schemes related to Bitcoin trading and cryptocurrencies.

The investment articles, viewed by the FCA, appear to be linked to a website in Eastern Europe.

The website was contacted but has not responded and the internet connection now runs into a general feature in the Royal Family.

Representatives of the Duke and Duchess of Sussex have been alerted.

The FCA wants consumers to be more aware of the threat of fraud and to check if a company is regular in the UK and registered in the financial services registry.

In the financial year between April 2020 and March 2021, 500 investment scams were found using famous celebrity approvals, with losses of over 10 10 million, according to Action Fraud.

It's expensive jet summer, for Europe fares have doubled

He has a job, he also finds professionals at the Metropolitan University

WHO: Cases of smallpox may increase in the summer months

Rama in Vlora: People with properties in Lungomare have become richer after investing

Veliaj demands the cooperation of citizens: Help us by not throwing waste on May 25

Conference League / Veliaj: Leave the car at home and avoid coming to Tirana

Is religion the new dividing line between Russia and the west?

You can get unlimited summer trips for $ 9.50 in this European country

The project of the port of Durrës is presented

80 cases are confirmed in 11 countries with monkey line

Temperatures up to 31 ° C today, but in the afternoon there may be rain in some areas

The Economist: How the world is heading for food disaster

Albania, a new energy transit corridor to the Balkans and Europe

Michel makes a basket in the office of Prime Minister Rama

Shots at a McDonald`s in Chicago. 2 killed and 8 wounded

The truth about the health of former Prime Minister Fatos Nano

The most beautifully dressed at the Cannes Film and Fashion Festival

President of the Council of Europe: I support the Open Balkans. Facilitates the path to the EU

Negotiations can be opened to Albania

Arben Kraja of SPAK: We had only one case of information leakage. It happened by the State Police

Head of SPAK, Kraja: This is what the money confiscated from criminal activities was used for

Rama receives the President of the European Council on the Boulevard

With $ 500, Samsung puts your face in the fridge

Ed Sheeran has become a father again and only discovered gender

Rihanna becomes a mother, gives birth to a son

Horoscope for May 20 by Russell Grant