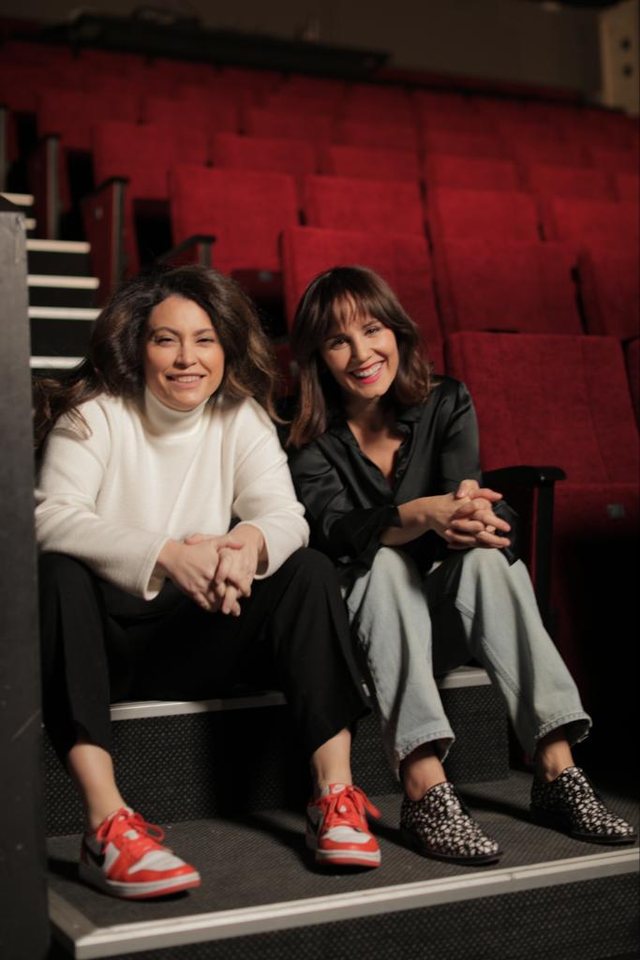 By Mira Kazhani / I have never met Xhevdet Ferin! The day he passed away I felt the sadness of every Albanian, who felt as if he had not only met him but also lived with him.

So, in the midst of these feelings, on January 16th I sat down and threw "25 lines" for Jode Ferin. When people you adore leave this world, even though from a distance, you are overwhelmed with nostalgia and it seems as if you have lost a man of the house!

Artists have this mystifying power. People live with them in a consistent, serious, real way - no matter how virtual.

In the summer I met my daughter, Bora, Rosetta (wife) and Xhoda's blonde niece, who was floating in the pool like a born actress.

One evening we all got together at a table as only the beach has the magic of uniting and freeing from the chains of etiquette of life in the city.

Xeta told many stories about Xhoda, occasionally with tears that have not dried since her life partner left.

Bora, somewhat different. He does not cry easily, strongly, deeply and does not fall to the ground.

She responded to my summer proposal on a cold January morning, fixed two years after Xhevdet Ferit's death.

"I think the time has come to say a few words about Xhoda," Bora wrote to me. "I will do it" - he said - "because Xeta is still very emotional. He deserves to be told some truths about him and possibly without crying. I hope I can do it!".

"My father was never a victim, nor forgotten by the state or any of these," she told me in a phone call about the interview.

This was in fact the reason why Bora ran to talk about her father and spoiled my professional sedation, the fact that according to her he would have approved a platform like that of the interview in Tiranapost! I do not know this, but as Bora beautifully said at the end of the interview, the decisions belong to the living.

She is grateful together with Xeta for the immense love and appreciation she has received from Albanians and the people of the media, but some titles and articles (although basically benevolent) have nothing to do with the truth of his departure or recent years. of Jude Ferit's life!

It's an interview where Bora unfolds the power of DNA and reminds you that children are the mirror of their parents.

No one better than Bora would speak on behalf of Xhodë Ferit, not only for the premature departure, without turning 60, but also for his life, for the battles, the regrets! For the love of walks by the sea or in the park that in recent years he had so much loved. Do you think he wanted to get rid of this place that he loved so much. If only he knew how much they loved him too! And as Bora says, when she tells the phone call about the professor's death in England, when Xhoda on the other end of the phone says: - "Cry, dad, it's healthy to cry about the professor…"

"If only he knew how much his students cried for him. "Ah, if he only knew!" Says Bora now.

It is a story full of conversations, events and truths that we do not know, that of Xhevdet Ferit's only daughter.

An interview where the cliché "not to be lost" makes sense!

This podcast was supported by Abi Bank

Any distortion of online facts will be prosecuted