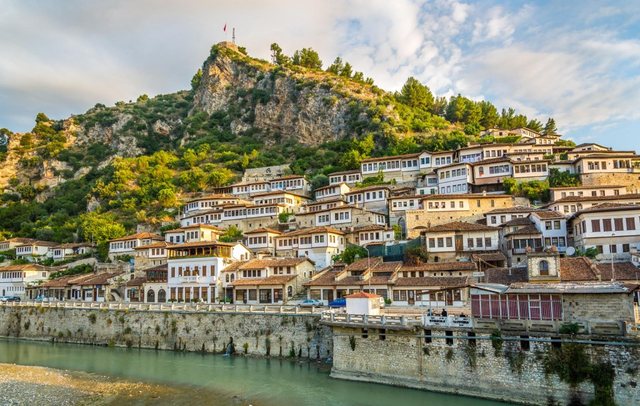 During the last 10 years, Berat is the city with the highest growth rates of household consumption expenditures, while on the other hand, Gjirokastra is the only region where household expenditures are presented with a decrease of -4% compared to 2009. the data were made public by INSTAT in time series that emerged from household budget surveys.

While Gjirokastra was the only district in which household expenditures decreased. In 2020, a family in Gjirokastra spent an average of 72,923 ALL per month, from 79,494 ALL per month in 2009.

According to INSTAT, in 20019, Gjirokastra was the prefecture with the highest level of monthly household expenditures nationwide. After Gjirokastra, the highest expenditures had families in the Region of Fier with 76,242 ALL and in third place was the Capital with 71,668 ALL per month.

Economic and demographic developments of recent years have concentrated human and economic resources in Tirana. The capital has known high rates of increase in household expenditures in the last 10 years, while in 2020 it was ranked as the region with the highest level of per capita expenditure at 98,737 ALL per month.

Tirana was the only district with the level of expenditures above the national average.

In 2020 there are at least 7 counties that have higher household expenditures than Gjirokastra. The economy of Gjirokastra region is dominated by agriculture (29.6% in 2020), trade and services (22.8%), public administration activities (18.5%) almost unchanged during the last 6 years, but meanwhile the population of the region is aging rapidly.

Gjirokastra has the oldest population in the country, a factor that also affects the expenditure basket. An older population does not spend on entertainment and education, but also has a limited budget that stems mostly from pensions.

Developments in consumer spending behavior are a signal for future consumption trends stemming from an aging population. 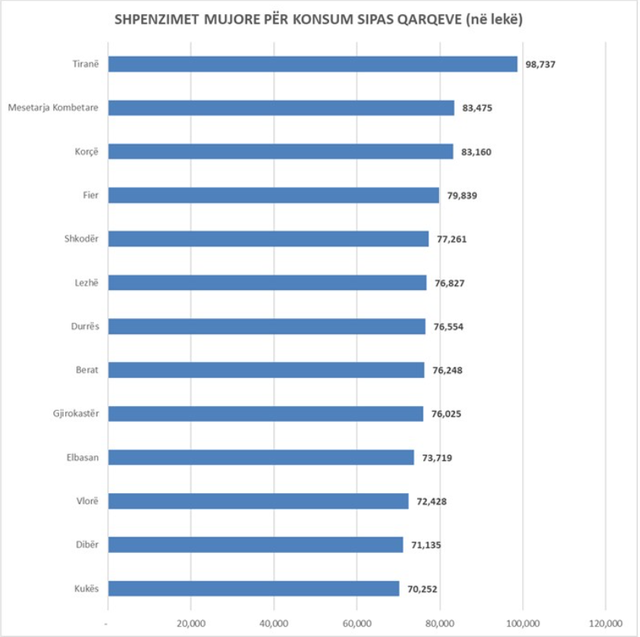 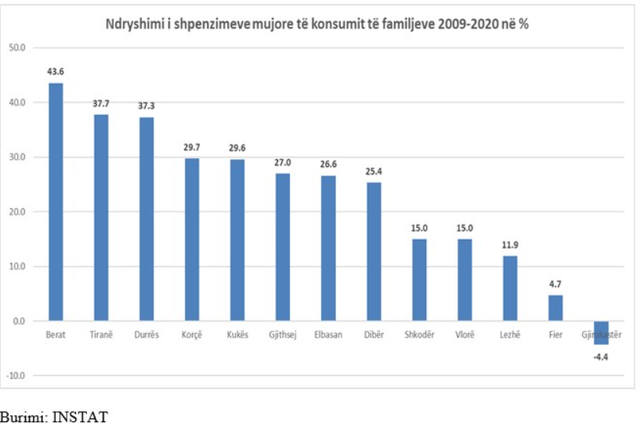