Vizier's friend, the story from Father Zef Pllumi that serves as a lecture for all time 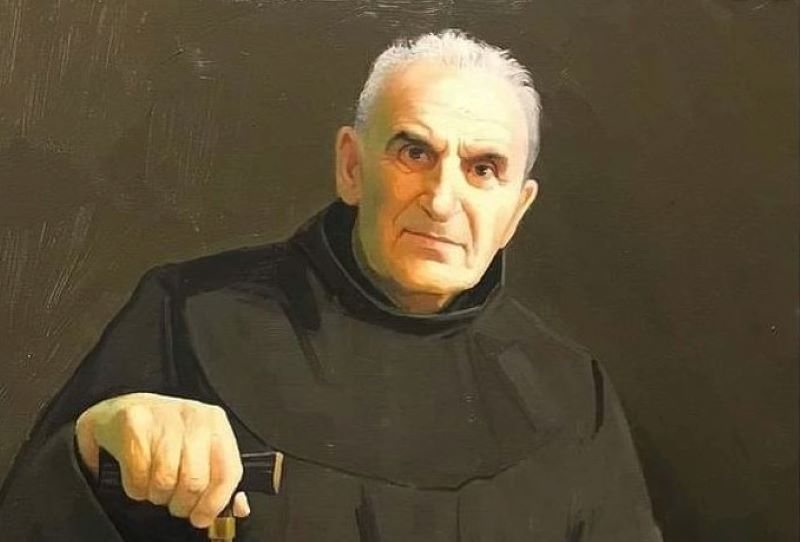 Father Zef Pllumi / After a new vizier came to the Castle of Shkodra, he also brought an elephant with an elephant. Tue kjenë that fili there in the castle did not have anything to eat, he left it down in the meadows of Shkodra, just outside the city.

Well, he was just starting out in the city, because every house had good gardens, and he was eating a lot of trees.

Therefore, when the big doors did not open, he would shrug his shoulders, open the walls and enter the garden, cutting not only branches but also trees. Women and children jumped at him, because he was so big and so powerful, that he was afraid. He did this job every day: today here, tomorrow there, he would go to every house and every garden and there was no one to do it for. Throw as much stone as you want, he did not feel; who could not afford it. Everyone hates it.

Therefore, on a Friday, during Ramadan, our people gathered at the Tophana Mosque. How could I do that to the work of that vizier fillet. They talked and talked, someone bit, someone horsed, I went up there to the castle and said these words to the vizier:

"The great vizier, the millet of Shkodra, gathered today at the Tophana Mosque, we all together examined the issue of the fillet you brought. He fil is breaking down the doors of our houses, is frightening the women and children, who are hiding from him; enters our gardens, eats, then destroys. All the people are terrified of their father. Therefore, let us make this request: get rid of Shkodra as soon as possible, this fil that destroys everything, because we can no longer bear it ”.

The people of Shkodra immediately appointed their own people to go to the vizier in the castle, all good men, know me more thoughtfully than the other, each one braver than her husband. The people dispersed; they all set out on the way to the castle. The high vizier was waiting for him there. They knew that the vizier, if you brought him fish, would wait well, but if you spoke badly to him, he would not come out of the castle alive: the seven shaljans had once left all the deck in the vizier's room. This was known.

As soon as they started the way up, one of the ten was talking: “Listen, men, last night with some mother. I have her body there at home and who takes care of her grave? I need your permission. ” "Go, mother is mother: alive and deacon."

As soon as the ten steps were taken, another spoke: “Men, like ten, like eight, it does not matter. I have a big problem, because my friend came to my house and I can not leave him alone: ??will you let me? ” "Go!"

After a few steps they were climbing, a third is saying: “Let me, men, because I have a big problem: I have left the store and closed the Bazaar until I handed over the key: equal to seven to six. Will you let me? ” One by one, one after the other, they presented their reasons and left. When they arrived at the castle door, only two people were left.

Look at each other: Who is knocking on the door? "Listen," said one of them, "should we have left and now we are the only two left?" Do you know how it works? The same words are to be said to the vizier: equal as one as two, even what is the second? Njani has to speak. Do we make fun of anyone, oh I's you? ” "No," replied the other, "why draw lots?" "As soon as they say the same words to me, I speak." "U, oh well, that I also had so much work today."; the other came out and left.

The one who remained knocked on the door. The guard opened it and he said that he had been sent by the Shkodra militia, who gathered at the Tophana Mosque to talk to the vizier. Pasha used to welcome them well and throw coffee at those who came with fish in their hands. Those who listened to the complaints of the people, not only did he cut them with a fork, but sometimes they did not even pull their heads out of there.

Shkodrani began to speak: "The great vizier, the millet of Shkodra, gathered at the Tophana Mosque, sent me to be honored." "Hey, you have two coffees," the vizier ordered. Shkodrani continued: “He sent me to thank them for the great joy you have given them. Aman, O God, what a beautiful thing you have created! Fili! Pasha's friend! Women and children rejoice when they see it with their eyes. Frigë? Ohen They get frustrated sometimes, because it is a big deal, but then they rejoice when they see that there is no tree in the garden that stops them. Neither do the broken branches and trees, nor the ruined walls and doors, grieve, for they know that it is the Son of Pasha.

But the whole millet has a great mark: Aman, O great vizier, they want to know how this fili has his wife, that tea without a wife he will not have either! And a big brand caught them and saw the thread: what will it be like! ” Meanwhile, the Turkish coffee came, and the glass of water on the tray and the vizier spoke: “Listen, good man, tell the millet of Shkodra that I will do my best to fulfill their desire. Do not be discouraged at all, as soon as I can I will get the file! ”

After a couple of months in the streets of Shkodra, you can see the thread and the files walking: what was the lens without ruining one, the other filled it. The people are terrified. Gathered again at the Tophana Mosque. Where are those we sent to talk to the vizier? ” "I was taken away and said by someone, I am the one who spoke with Pasha. You were assigned to yourself, but only I went to the vizier. Do you think that Pasha loves your gardens more than his own? You understand that for me it's more valuable to me than your gardens. ”

"But did you say our words to Pasha?" "I told him all the words of the millet: how the elephant opens doors, breaks down walls, breaks trees with all their branches… If you have a castle there, there is also Vizier Pasha and, if your gardens hurt more than the head, there in castle go and talk to Vezir Pasha. ”

Albanian mother protests in front of Italian court with the photo of her dead son: I want justice, my son was humiliated