Veliaj and Minister Margariti inspect the works in the new concert hall of the Academy of Arts: European conditions for students and artists; Good deeds require patience 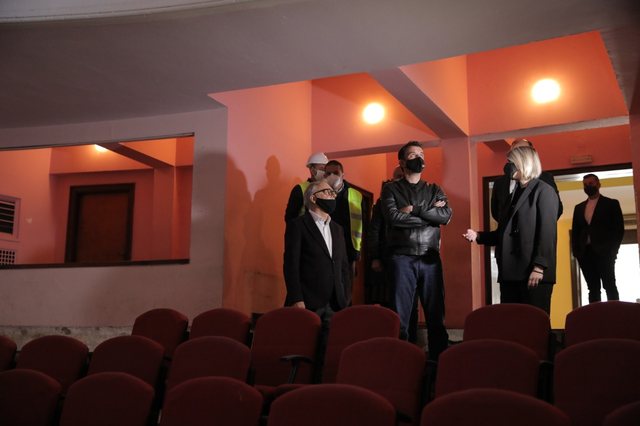 The Mayor of Tirana, Erion Veliaj and the Minister of Culture, Elva Margariti inspected the works for the concert hall of the Academy of Arts, which is being completely reconstructed according to European standards, thanks to the support of TAP. Veliaj thanked Minister Margariti for the work done. He said that with cooperation and patience anything can be achieved.

The Minister of Culture, Elva Margariti said that this hall is another promise kept within the 'Pact with the University'.

"It is a colossal job that will be done here. Very important steps have been taken because for the first time we have done a study of the latest technologies and we are definitely in need of an increase in capacity, of technology. I am confident that it will be another successful construction site and a well-deserved space not only for the artists, but also for the students to graduate in this hall with their parents and have real memories, not only of good performance, but all with a new and dignified atmosphere between them " , underlined Margariti.

While, the rector of the University of Arts, Kastriot Çaushi said that today is a special day for young artists, who will have a dignified stage to perform.

"I am glad that today the spectators and artists should come warm, calm, relaxed with a technical and artistic environment. "I strongly believe that this reality today after a year or so will be completely different", he concluded.

Malfor Nuri, Country Director for TAP in Albania, said: “TAP has always been committed to supporting culture and protecting cultural heritage in Albania. "Apart from the rehabilitation of the Gjon Mili Museum, this is another key investment in the country's cultural arena, as the concert hall at UAT is a reference point for the performing arts."

The object of this project is the regeneration and technical-functional adaptation of the concert stage, which is part of the building of the University of Arts of Tirana. The project brings together a number of partners, such as the Ministry of Culture of Albania and TAP, as co-sponsors of the project, the Italian Agency for Development and Cooperation (Cooperazione Italiana), Atelier4 and the University of Florence. The restoration work is scheduled to last 14 months and is expected to be completed by April 2022. 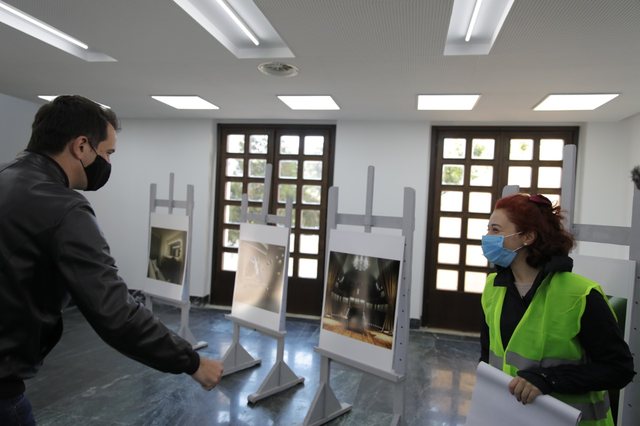 Accused of kidnapping refugees! The court rejects the charges against Salvin

The President of Slovenia: The EU should accelerate the integration process for the countries of the Western Balkans

Putin: The West is turning Ukraine into an "anti-Russia" state! We will respond if our security is threatened

Vaccines for children / WHO Chief: Moral catastrophe, poor countries do not even have doctors

They had 1 kg of cocaine! The RENEA employee and his 2 collaborators are arrested in Tirana

The best ways to 'waste' time, as the non-completely rational creatures we are

Photo-Video / Albin Kurti gets the vaccination campaign out of control! Citizens flock to Pristina uninformed

The 20-year-old Albanian goes out with Covid in Taiwan: Introduces herself to imported cases

Serious accident in Lushnja. Daughter and father lose their lives

Tomorrow there is no beach, temperatures drop. How will the weather be this weekend?

Braho from the Commission of Inquiry: People call Meta crazy, who are the two experts who will deal with the dismissal report

Meteorologist explains the strange phenomenon in Shkodra: May hail like snow

What will be done in cases of minor accidents from July 1, this is the form

Video / The highest risk of cancer and heart disease starts in childhood, but how?

Basha from Fieri: We do not know the result. The battle will continue not for my chair

Illegal constructions: Now the responsibility directly to the police, forget the number of the Minister of Interior

Plan in Paris for problematic traffic: Prohibition of movement in the city center from 2022

How many citizens have taken the two doses of anti-Covid vaccine in Albania so far?

Greece ends isolation, opens borders, but not for Albanians

The Royal Palace calls on Donald Trump: Remove the queen's photoshop from the bus

The touching message that Alex gave to J.Lo when he set the table in this photo

As the situation worsens, Israel also attacks the Gaza Strip from the ground

The day starts cloudy and with low temperatures, the weather improves in the afternoon

How many hours of sleep do you really need and do you sleep like a dolphin? Some tips from psychology

Video / We have been waiting for this moment, American CDC: Remove the mask of who has been vaccinated

Government in elections has its physiological advantage. Disputes over votes are a matter for the courts

Amos Oz: Israel was born from a dream, when it came true it resulted in disappointment

Why would it be difficult to have an organized European tourism this summer?

The loss is yours! That is why we believe that Majlinda Bregu is with Basha

The green light is on, but this coronavirus is insidious

The network criticizes the Wonder Woman actress, after the status of the Israel-Palestine war

There is freedom, there is no media

My fitness instructor comes from the Institute of Physical Education. I met hi...

It will not take place in Istanbul! The Champions League final moves to Portugal and will be played with fans

After the loss of United, Manchester City is mathematically declared the champion of England

6 signs that get nervous easier and faster than others

Horoscope for May 13 by Russell Grant