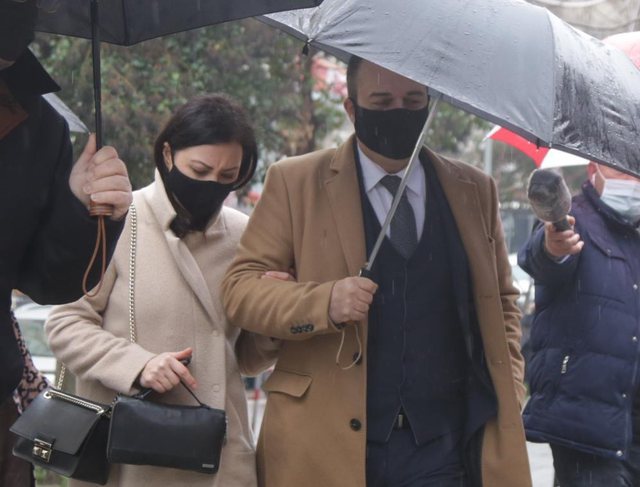 A seizure has been placed on the bank accounts of cardiac surgeon Edvin Prifti. The decision was issued by the Special Prosecution Against Corruption and Organized Crime. Doctor Prifti is not currently in prison, but has been suspended from work as he is under investigation. SPAK accuses him of passive corruption and money laundering through fictitious schemes allegedly set up through two companies.

The notification of SPAK states that: Since there is a suspicion that the amounts of money deposited in the bank, in Cash, by the investigated EP (in the personal account or PF created by him) are products of the criminal offense, the Prosecution of Special has asked the Court to impose a preventive seizure.

SPAK has seized from his bank accounts:

Cardiologist Edvin Prifti was suspended from office by SPAK due to allegations of passive corruption of persons exercising public functions. After the search of his house, an amount of 200 thousand euros and 16 million lek were found. While earlier, in the cardiologist's office at QSUT were seized 50 thousand euros and 30 million old lek. The doctor stated that all the money he had and the sums found in his house came from a sale and that he wanted to deposit it in the bank, and that he earned more than 200,000 euros through international awards.

The name of the doctor Prifti appeared in the wiretaps against the Judge of Kruja. The Secretary of the Court in Kruja had asked Dr. Prifti to operate on her mother outside the queue, for a sum of money.

The Special Prosecution Against Corruption and Organized Crime is conducting investigations in the framework of criminal proceedings no. 102/2 of 2020, against the investigated EP (currently under the security measure "Suspension of exercise of a duty or public service", provided by Article 242 of the Criminal Code), suspected of committing the offenses of "Passive corruption of persons exercising public functions" (more than one case) and "Laundering the proceeds of crime or criminal activity", provided from articles 259 and 287 of the Criminal Code.

The Judicial Police at the State Police has conducted an in-depth financial and property investigation of the citizen EP and commercial entities created by him (Natural Persons). Thanks to an intensive investigation, evidence was collected that creates suspicions that the investigator has set up a genuine criminal scheme that consisted of filing fake tax invoices in order to evade paying taxes. Also from the verification of the bank accounts of the citizen EP or natural persons registered in his name it was ascertained that this citizen made Cash deposits in bank accounts opened in various second level banks.

Based on the above, as there is a suspicion that the amounts of money deposited in the bank, in Cash, by the investigated EP (in the personal account or PF created by him) are products of the criminal offense of the Special Prosecution of has requested the Court to impose a preventive seizure.

The Special Court of First Instance for Corruption and Organized Crime with decision no. 150 dated 11.05.2021, has decided, among others: