Today the match with Poland in Air Albania. These are the roads that will be blocked 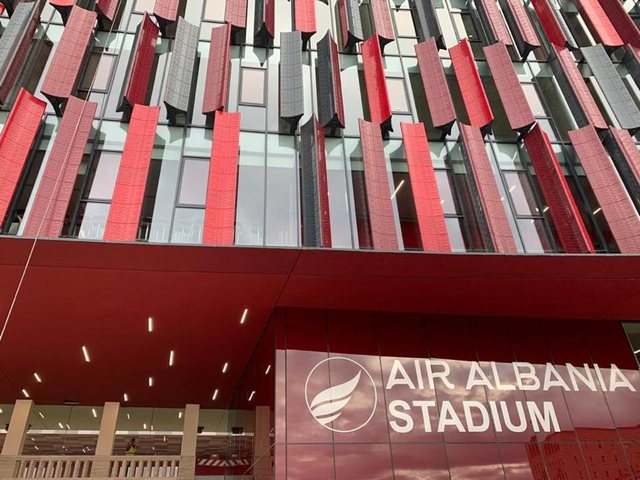 Due to the security conditions for today's Albania-Poland match, at the "Air Albania" stadium, some roads will be blocked from 16:00.

Tirana Police, increased measures for the maintenance of order and security during the international football match between Albania and Poland, which will take place on 12.10.2021, at 20:45, at the "Air Albania" stadium.

In order to take measures during the match Albania - Poland, the Local Police Directorate of Tirana has drafted a plan of measures for the progress and ensuring order before, during and after the match. The measures taken by the Tirana Police consist not only in the stadium premises, but also in a wider perimeter outside it.

In this context, there will be blockages of some road segments, which will be blocked, from 16:00 until the end of the activity are:

The entrance of the fans will start at 18:00, and their movement will be guaranteed by the Police, along certain passages and they will not allow the gathering or passing of the fans outside the certain itinerary.

Also, in accordance with the plan of measures, checks will be exercised on the fans before entering the stadium for illegal items (such as weapons, solid items, water bottles, tents, metal keys or pyrotechnics, etc.) and every fan must be provided with identification document.

Persons without identification documents, as well as children under the age of 16, without the presence of a parent or guardian will not be allowed to enter the stadium.

The police informs you that in cases of disturbance of public order and tranquility, they will intervene both outside the stadium and inside, to restore order and escort persons who will cause riots or commit unsportsmanlike acts. .

Tirana Police once again appeals to the fans of the two teams to show citizenship and enforce the rules and the law.