The rain helps with the fires, out of 20 active fires, only 1 remains in Durrës 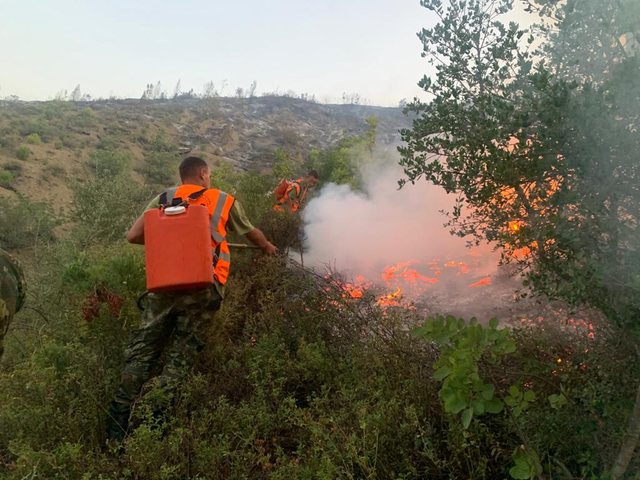 Lower temperatures and rainfall have helped extinguish the fires. According to the latest data from the National Operational Center of Civil Emergencies in AKMC, during the last 24 hours, 20 active outbreaks have been reported, of which 19 have been extinguished.

In the announcement, it is announced that, in the last 24 hours, 192 operational forces of the Fire Protection and Rescue Service, Armed Forces, municipal forces, police forces, employees of the Protected Areas Administration have been engaged in the operation to extinguish the outbreaks. , forest service, volunteer force and 25 fire engines were engaged. Also yesterday, the FA helicopter was engaged in the place called "Pigave Mesovun".

Currently, only the hearth in the village of Shetaj, Durrës Municipality is active, this too with low intensity. The engagement of the fire service forces for its isolation continues.

"We call on citizens to report to the state police structures any suspected case of intentional arson, and to be careful in the use of incendiary devices and any other activity related to fires. We remind you that deliberate arson is punished according to the law", appeals the National Operational Center of Civil Emergencies.

All the forces and capacities of the Civil Defense system are in full readiness to respond to situations caused by fire or any other emergency.