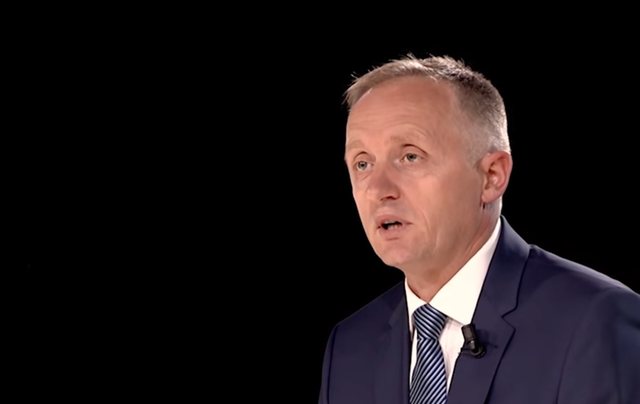 Lutfi Dervishi, raises some questions, but also findings regarding the case of the arrest of the former Director of ART Thoma Gëllci, where Dervishi has maintained a critical attitude towards SPAK, but also the media that in most cases more than the truth has reported the show .

In a long note, Dervishi argues: 24 hours after the "sensational" news of SPAK for the arrest of the former director of ART, broadcast by the media irresponsibly at best and with obvious malice in some cases, the situation is quite different from what was presented to the public.

First, in the subtitles and tweets of the news readers it was said about an abuse with the tender of 84 million ALL. Are you saying that the tender was never done and the equipment was wasted ?!

After reading the 12 pages of the indictment the question is is it harmful? How much is the damage ?! Who is responsible?

At the center of the cyclone was the former director of RTSH, who is arrested today, but is not accused of corruption or violation of inequality in tenders. Judged for two weeks tolerance for bringing materials from the firm. An administrative problem to be resolved by the court. The accusation is for abuse of office, - an accusation which does not have the competence to try SPAK, but the Tirana prosecution.

The former Director of ART has nothing to do with the developed tender!

This investigation of more than three years has started as a result of the complaint of the firm that did not win the tender. The decision of KVO (bid commission) was judged in the Procurement commission, the central body for tenders complaints! The company complaint has been dropped! This appeal was also tried in court and the court rejected it!

But beyond the details that the trial will clarify, you are impressed by the irresponsible media reporting, a report reminiscent of a saying by George Bernard Shoet - journalists often fail to distinguish between a bicycle accident and the collapse of a civilization.

In addition to the court that will be expressed, it is also a court of public opinion is also the time as the best judge.

To date, I am convinced that the lynching campaign tarnishes the SPAK more than the accused, who apparently has neither the role, nor the place, nor the space to occupy in the mission of restoring public confidence in justice.

If SPAK- thinks that it will offer spectacle, or worse to be used for other purposes, it is wrong. Here the media is unrivaled in both spectacle delivery and ugly self-use!

A lifeless body is found in Peqin. He was killed with a gun