"Why do you insult me ​​behind my back?" The reason for the banal quarrel of the two teachers at the Çajupi school is revealed 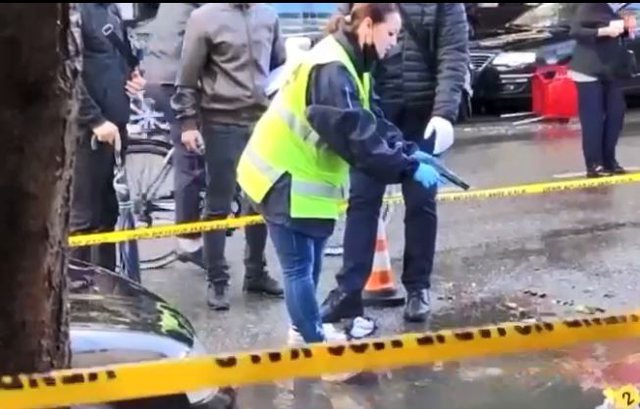 It started as a quarrel between two teachers, Elida Qinami, Literature teacher and Domenika Toptani, history teacher, but 4 people were injured, as their family members joined the conflict.

According to statements provided by ABC news, the teachers are busy for a completely banal reason: " Why are you insulting me behind my back".

Teacher Elida Qenami in her statement said that everything started a week ago in the school premises when Domenika, the history teacher, stopped her and demanded an account "why they insulted her behind her back", as Elida Qenami did not accept to respond she has gone through insults.

According to the statement, on Friday, the History teacher had threatened her, telling her that her son was outside the school door and was waiting for him. Out of fear the literature teacher had called her husband to come pick her up.

"The situation calmed down until Domenika called me on Friday crying and told me you will take my son by the neck, he has come here and you will see what I will do, I will beat you.

I got on the phone my partner told him come on take me because I'm afraid. When I came out, I saw Domenica's son with some of his friends and he told me "you have made the biggest mistake of your life, we will kill you…", she said.

On the other hand, Domenika Toptani says that she was also threatened by Elida's relatives at the bar that went to drink coffee every morning, and even her brother had taken out his weapon.

"Come on, get some information with my Cubans, look who I'm at the table with. She was sitting at the table with 4-5 other people one was my neighbor. We started shouting at me, I will hang you, we will wait for you, I do not ask about your son, he is alone, do you know me, I am the police chief.

One of them grabbed me by the arm and punched me twice, I had to faint. Leaving the bar, they hit my gift and he replied that he is a boxer, declared Domenika Toptani.

The documents show that Ndriçim Qefalia and Edmond Faja, relatives of the teachers, used the weapon during the quarrel.

The two teachers were suspended from duty after the conflict.