Parent 1 and Parent 2? How the debate that is boiling on social networks started 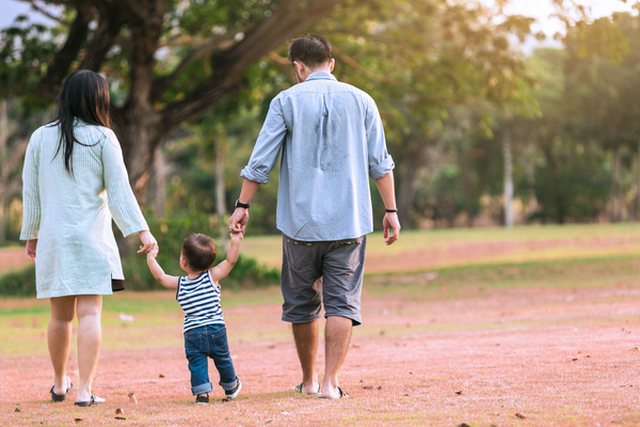 It originally started with two parents in the UK who refused to be called mother and father, but instead had one parent and two parents. Furthermore, some organizations requested that in employment documents in the private and public sectors, or in applications such as passports, the label be changed to parent 1 and parent 2, as according to them this removes gender inequality and labor rights, but also the right to legal registration of children in documents that have two fathers or two mothers.

This debate, which has involved several countries, has also affected Albania. Social networks are boiling with comments and the reactions of celebrities have not been absent either. Comments vary, some use offensive terms to the community, while others appear natural. Members of the LGBTI Community in Albania have given their voice to this proposal. Xheni Karaj, one of the community members got involved in a debate in a TV studio with a psychologist about changing terms.

Psychologist Marsela Lekli underlined the possibility of a social risk having families with parents two mothers or two fathers because they are models with whom they grow up. 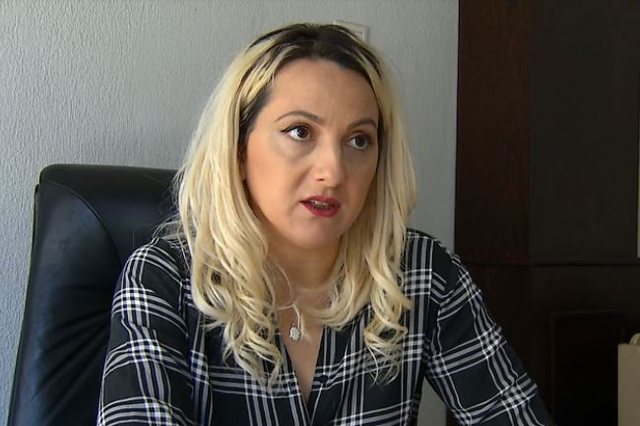 "I think that the child will grow up with that spirit having two mothers or two fathers, even those of the opposite sex. We are talking about children who are small, children and will grow up with that spirit of people who will care for and raise them. "And he will be like them in the future", she said while Xheni Karaj said that she grew up in a heterosexual family and it did not happen that she was hetero but had a gay sexual orientation ".

Kristi Pinder published last night a status where she tells the story of two young women as well as some questions about the treatment of children by parents of the same sex: 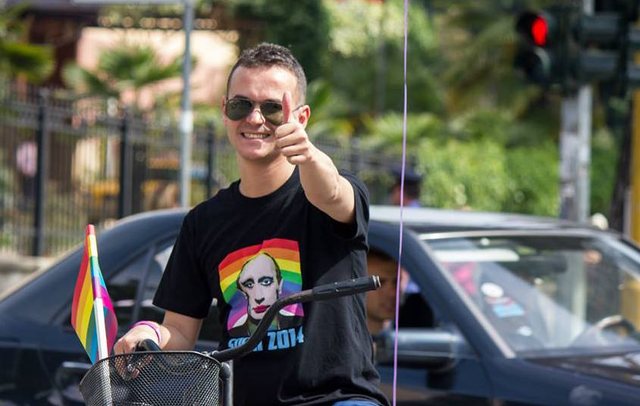 "Public reaction of LGBT Alliance and Pro LGBT:
Anisa and Elida are two young women who have been living together for 10 years. They share with each other what every couple in the world shares: commitment, intimacy, passion. They also share the costs of living, shared dreams, difficulties of living in Albania, insecurities, hopes, desires and aspirations to find each other in good days and in bad days.
In January 2021, after a long planning that included discussing many issues, raising many questions, fears, insecurities but also hopes, Elida gave birth to two daughters, a product of artificial insemination. The children, two angels who have transformed their lives in a way that whoever was born knows very well, are currently being raised by both their mothers. Commitment is shared but sharing responsibilities is equal. They both feed the children, change them, wash them, sing lullabies to them, play with them, hold them in their chests until they fall asleep, they are both there when the children wake up crying, they are both there when the children sleep. In Albania, our parents have taught us since we were little that parenting is not a biological event, but a long process with sacrifices, dedication, dedication, characterized by the unconditional love of the parent for the child. It is often a difficult process, containing self-denial, deprivation, fatigue, often stress and depression.
But none of these ups and downs and difficulties in this process, does not transform him to the main feature: in raising children parents see not just themselves renewed, but especially hope for the future.
We have learned, each in our own families, that the family is exactly this: having a common history,
which we document with photographs, with activities that become a tradition, such as celebrating birthdays, celebrating other important days together, but also having the ability to plan the future together. So the family is the nucleus that allows us to have a history, and to build a future.
As such each family is expensive, each family is a separate system that interacts with other systems in the form of cyclical circles, even with institutions such as school, state, work environment, community where we live, extended family, etc. .
It is precisely for this reason that family life is a human right that is sanctioned by every legal document, in every physical and social space of this globe. To facilitate this interaction, Albanian society is based on law. We write the law so that the law facilitates the relations we will have to build with ourselves, with the state, with society.
But for the law to work, that is, to have the same effect on everyone without any discrimination, it must, above all, be able to look at us all.
the same. As it is today, Albanian law does not have the means to see or protect LGBT families like the family of Anisa and Elida with their two children. These are some questions that Elida and Anisa ask Albania today: Do they have the right to protect their family, just like any other person?
Do they have the right to hope that the children they are raising have all the chances that every
Albanian child deserves to develop and be happy? "Do they have the right to expect the state to treat their children with the same dignity with which every child should be treated?"

Actor Gentian Zenelaj has published a photo of Mother Teresa where he writes: 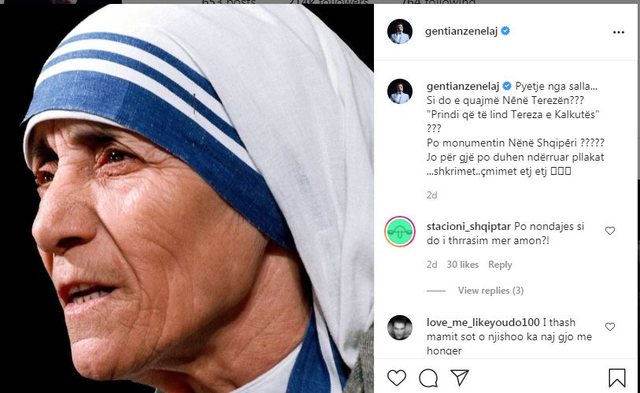 4- I did not discriminate against an individual who calls me ignorant, who denigrates women by saying: we need to be born, that you are born for us, who seeks rights and privileges only by becoming a lesbian.

5- My reaction is simply natural, based on my sensitivity for the mother and father, for my daughter, for the Albanian family and the whole society that is based on this.

While Jenny and the portal below, want some funds, some clicks.

Good work to both 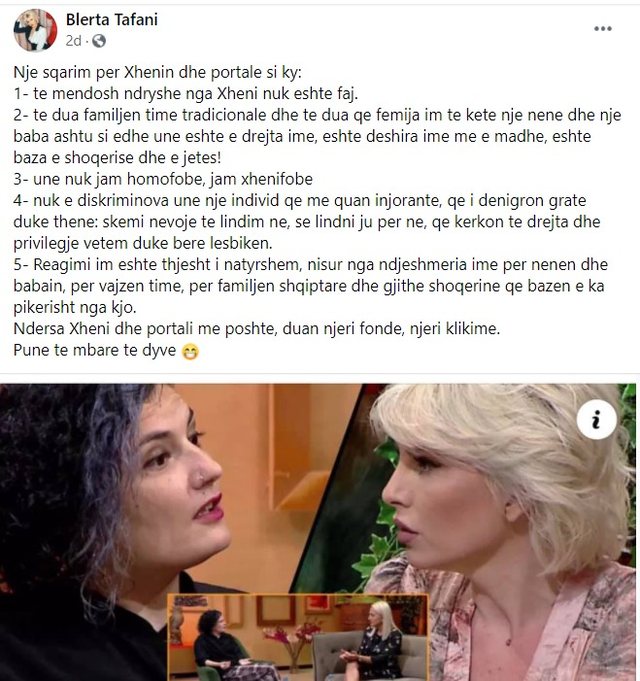 Dojna Mema was asked on Insta Story and she says: How he / she wishes. 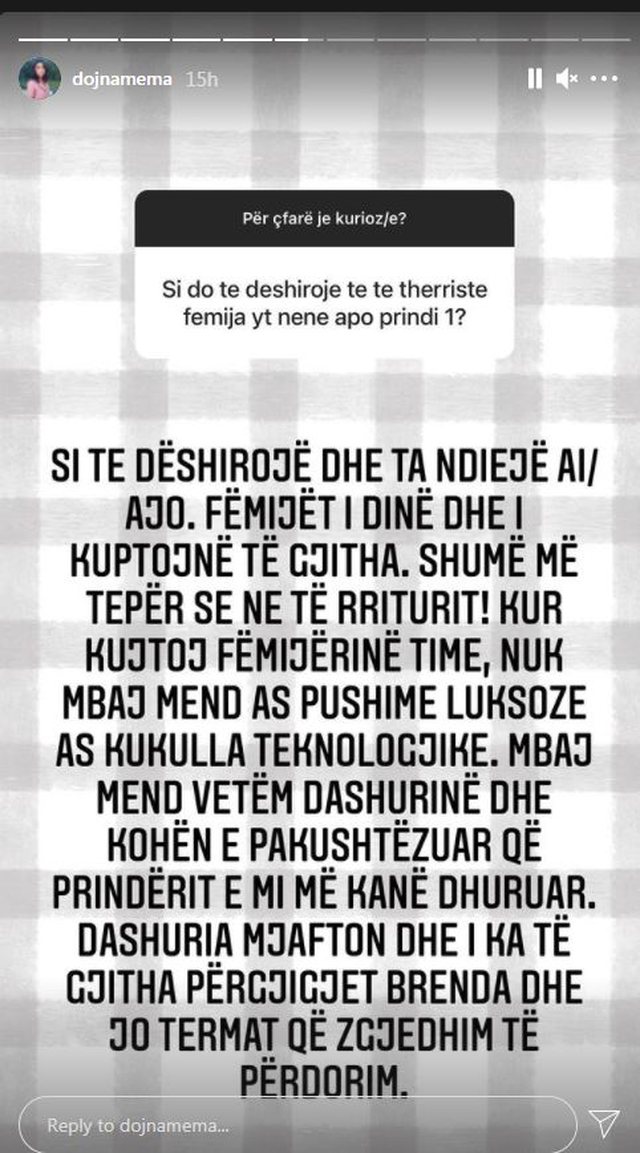 Actor Visjan Ukcenaj posted a video on TikTok and wrote: Mother - Parent? #wtf? Are they exaggerating the demands?

Comments on the network 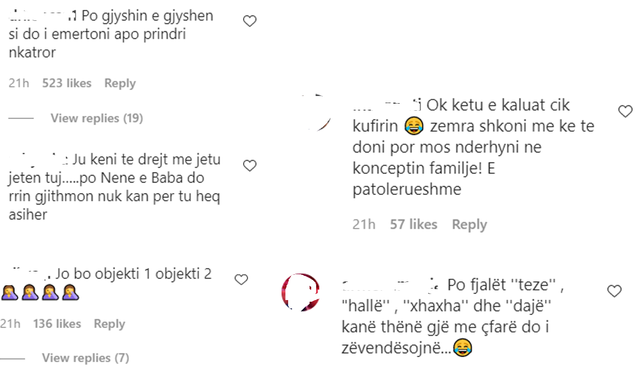