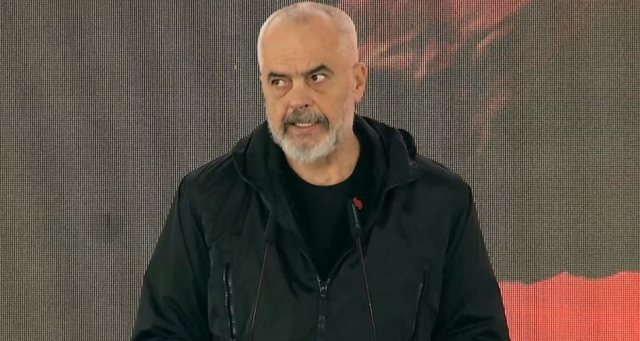 Prime Minister Edi Rama has given an interesting answer today from Vlora to all pessimists, who claim that Albanian citizens "do not need airports", because "they have no bread to eat."

On the occasion of the start of works for Vlora Airport, Edi Rama stressed that Albanians have not had a problem with bread since the time of Skanderbeg "if we start simply from bread as bread."

The Prime Minister described the airports as "bakeries", explaining that these entities increase revenues in the country, bring customers to the country and the more people come to the country through airports, the more the country has the opportunity to increase services, and after them also production.

"Maybe, in another later phase, after a few years, we will need even more than that. All those who ask why Albania needs so many airports, should be informed about the fact that the number of airports is related to the accessibility capacity that the country gives to those who come when this country has tourism as its main priority for economic development.

On the other hand, they should be informed about the fact that airports are neither car parks, which land and arrange planes on the ground, nor stations where people come who simply carry out their transport needs. Airports are an extraordinary engine of economic development, social development and overall progress of countries.

Earlier, the Prime Minister announced that a seasonal airport will be opened in Saranda to support the area at the peak of the tourist season and said that the tourism industry worldwide targets 'first class' tourists, ie those people who spend more when go somewhere on vacation.