Rivers below critical level. There is no risk of flooding 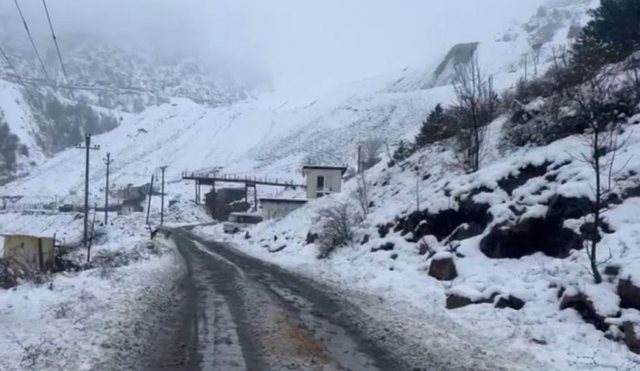 The Ministry of Defense has updated the situation in the country, after days of heavy rain and low temperatures.

So far, the river level does not pose a risk of flooding in most of the country.

Frosts in mountainous areas will continue to be present due to sub-zero temperatures.

Situation due to weather conditions, notice:

According to the weather forecast from the Institute of Geosciences and the Military Meteorological Service, the following days will be clear and alternating clouds throughout the country.

Today there will be snowfall with low intensity in Korça district, in the following days it will also fall in Kukës and Dibër districts.

As a result of temperatures in negative values, we will have frost along the road axes in the mountainous reliefs of the country.

According to reports at the National Operational Center for Civil Emergencies, the situation today appears to be calm.

The level of the rivers is below the critical level, not presenting a problem for flooding in most of them.

Electricity supply continues without interruption in most of the country, with the exception of occasional disconnections in some rural areas of the districts of Tirana, Elbasan, Berat, Gjirokastër, Korçë and Shkodër.

OSHEE structures are working in the field without interruption to restore electricity in time.

The road infrastructure continues to be passable without problems on all national and tourist roads.

In the municipality of Shkodër: Rruga e Oboti continues with the presence of water at a level of 75 cm, for which the Armed Forces are enabling transport. The Shirq-Darragjat road has water present on the road with a level of 10 cm, it is passable. In the municipality of Vau Dejës, there are problems in some of the rural roads, for which the local structures are working. In the Elbasan district, the road axes Librazhd - Prrenjas and Gramsh - Moglicë have been cleared, where inerts fell during yesterday evening. In the district of Vlora, on the Vajzë - Ploç road, which has a damaged base, the contractor is working on its repair. In the district of Korça, it has become possible to open the road segment Shtylle - Panari. On the Bogë - Theth axis, the Bogë - Qafë Thorë segment is functional.

The cooperation and engagement of all institutions and structures of the Civil Defense System for keeping the situation under control throughout the country continues without interruption. So far, 68 military forces with 7 high mobility vehicles have been engaged at the central level.

The Ministry of Defense and the National Civil Defense Agency will continue to be on alert and will activate the capacities at the national level to support all the requests of the local government in order to deal with situations that may arise as a result of weather conditions.

Once again, we call on citizens to avoid crossing roads with the presence of water, to respect road traffic rules, to drive with winter tires and chains according to recommendations, and to notify local and operational structures in any case of need.