19 fires have been extinguished in the country, 6 remain active 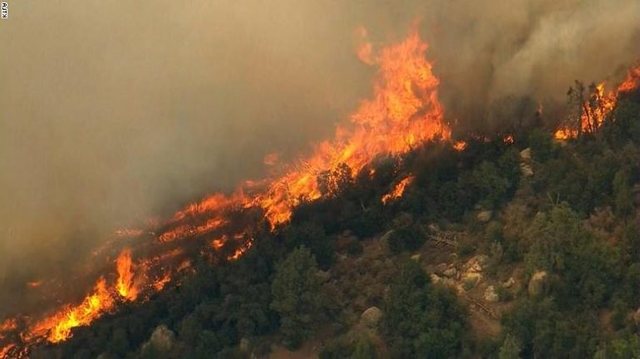 During the last 24 hours, 19 fires were reported. From which the outbreaks were extinguished in:

1. Shkodër municipality, in the place called "Maja e Zorgjit" in the village of Ndërlysaj, which has been going on for 3 days, in a forest area with a pine forest and mountainous terrain that has burns inside the hearth. Today, the forces of the Administration of Protected Areas were engaged.

2. Mat Municipality, in the village of German, in an area of ??pine and oak forest near the Qafshtama National Park, which has been activated since August 1. The forces of Mat Municipality, supported by the Armed Forces, are engaged in extinguishing fires. The situation is already improving and it is expected today that the remaining outbreaks will be extinguished.

3. Durrës Municipality, Following is the fire that occurred on July 19 in the village of Shetaj, which throughout this period has had fires rekindling, either through carelessness or on purpose. Even today, the work continues with tools and excavators to open the way so that the outbreaks can be reached by the operational forces and their final extinguishment can be carried out.

5. Yesterday evening, we were notified of a fire in the village of Bulshat in the municipality of Mirdita, in the same area that was extinguished a few days ago. The fire service responded immediately by maintaining the fire safety perimeter so that there was no danger to the homes. The operation to extinguish the fire is being carried out by the fire brigade and the forces of the Municipality.

6. Today it was reported about a fire in the village of Rehove in Polican Municipality, in a forest area, for which the fire service forces were immediately engaged.

How eating grapes can prevent dementia and increase life expectancy by 5 years?

The first case of monkeypox in animals is confirmed. Should we be worried?

Clear and cloudy! Get to know the weather for today

The Spirits of Isabel Allende

The fight against online propaganda

Rainwater everywhere on Earth is unsafe to drink, study finds

Are discussions with your partner turning into fights? Here's what you should do

The well-known actor of Albanian films, Pandi Siku, has passed away

These cities are the most expensive to live and work abroad

Temperature up to 34 degrees, here is the forecast for today's weather

Horoscope for August 16 by Russell Grant

Accident at Kodra e Diellit, the 29-year-old hit 3 passers-by on the sidewalk