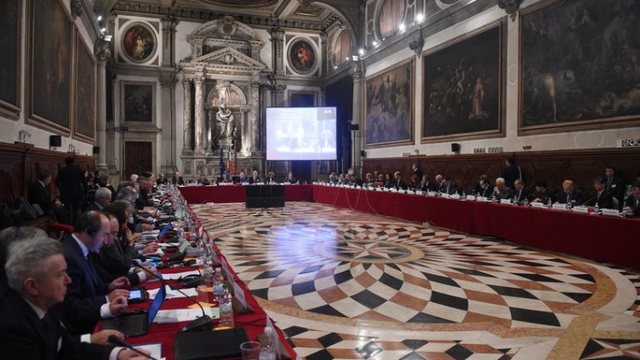 The Albanian Constitutional Court has no jurisdiction to review the validity of local elections. This is the opinion of the experts of the Venice Commission in the draft opinion.

The case in the Albanian Constitutional Court was raised by the Association of Municipalities of the country. After the hearing held on 23 June, where the allegations of all parties were heard, the members of the Court decided to address the Venice Commission with 3 questions.

Exactly this article is referred to, among others, by the Association of Municipalities. As the Constitutional Court itself explains in the letter sent to Venice, this moment is included in the Constitution after the intervention made in the framework of the decriminalization reform, in order to recognize the right of the affected person to appeal, since it is a restriction of a constitutional right.

Following this finding, the answers to the other two questions, which in fact were in support of the first, no longer carry any weight, also because in content they seek answers to questions which were touched upon in the previous Opinion of the Venice Commission, though how they are laid out is more like seeking an answer in terms of doctrine rather than concrete context.

"Given the principle of periodicity of local elections and that of political pluralism are provided as basic constitutional principles, what would be the relationship between them in a situation where there is a risk of violating each principle? Which principle would prevail over the other? ”Is the second question. In fact, the issue raised has found a relatively broad argument of the Commission, in its Opinion of 2019. In the current draft opinion experts specify that “the principles of periodicity of elections and political pluralism are unlikely to conflict with each other -the other as they are expressed in very different types of rules. Pluralism may be a legitimate aim to intervene in periodicity, but for that aim to prevail, the interference must have a legal basis and be proportionate. Parliament has a wide discretion to decide on providing a legal basis for postponing elections; in the absence of such a basis, the Constitutional Court may consider the postponement as unconstitutional ”.

The third question also raises an issue that has also been addressed before. "In a situation of a climate of legal uncertainty, has the conduct of public authorities and political parties violated the right of voters to have meaningful choices?" Should they have ensured the highest interest of the voters? initially note red.) the bodies involved in the election process of June 30, 2019 have held different positions. This is due to the fact that during this period the Constitutional Court was not functional and that there was no other court request submitted to any court instance.

According to Venice experts, “Question no. 3 raises the issue of legal uncertainty in the context of the 2019 local elections. Even if such legal uncertainty cannot be challenged, political uncertainty has profoundly and repeatedly affected the Albanian political scene to an even greater extent. While "public authorities and political parties" have not secured the "highest interest of the voters", the reason does not come simply from their "actions", but from the constant controversy between them, which goes to the point of eroding the very legitimacy of democracy before the electorate ”. For this reason, according to experts, “it remains the co-responsibility of public authorities and the entire political spectrum to restore trust in Albanian institutions and in the electoral process. This implies the responsibility of all these stakeholders to promote political dialogue between all political forces, as well as between national institutions, such as the Central Election Commission, among others. It also means restoring a meaningful choice for voters. "All these elements are sine qua non preconditions, but not exclusive to democratic elections."

* This article was produced by VOA and reposted by Tiranapost.al