We would get into a hunger crisis within the year. Rama shows why pensions and the minimum wage cannot be increased now 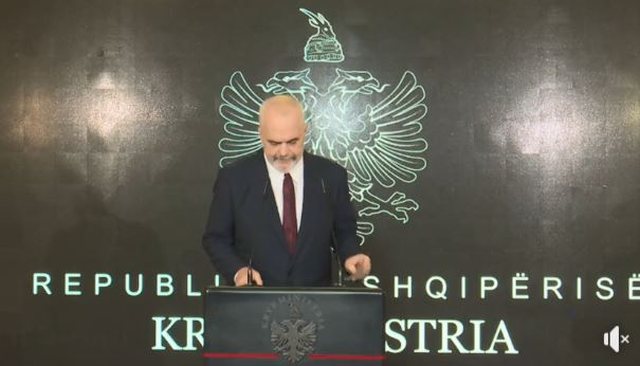 From the press conference where he presented the three-point plan for dealing with the energy crisis, Prime Minister Rama focused on the demands for increasing pensions and minimum wages. Rama called the increase at the moment a logic of the Sudes and of a misgovernment, adding that this meant 'killing the next day by walking blindly to the present'. He said that such an increase would lead to a hunger crisis within a year, and not only an increase of 500 euros but even 500 thousand old lek.

Someone is saying that 8 years ago we had the highest salaries in the region and today we are the last. But facts are not opinions.

They are saying that we have abandoned pensioners and people in need and we have increased energy.

First: Our electricity price on the bill that comes to us is not the real price of the energy we buy but controlled by the state for consumer protection.

-The government has placed shield layers on itself for the needy and retirees.

Bandages, ie middle and high income families were priced at 13.5 lekë per kilowatt hour, in the bandage below, people with very low incomes who consumed less than 300 kilowatt hours, the kilowatt hour was 7.7 lekë. With the energy reform, it decreased, not increased for all family members without exception to 9.5 ALL since 2015. And it has not been affected since then, this is a price below the cost of production and stationary so as not to hurt any family. Fasha was removed because it was a swamp of corruption and unheard of abuses where even the factory, and the luxury company, paid as if they were a poor family. But we did not put them all in one bag.

In 2015 we created a shield but those who were families in need. So they receive from 2015 from the government this amount of difference in the form of economic assistance.

From 2014, all Albanians who earn less than 150 thousand new lekë per month, pay less than they paid until 2014. We have left it for the families, those who work with an investment of 1.2 billion dollars in 8 years, who would be in the coffers of state, as they went until 2013. Also, small business pays zero tax up to 140 thousand dollars turnover per year, until 2013 it paid 10% tax from 20 thousand dollars turnover per year and above. Every nurse, police officer, teacher just like any waiter, or anyone in the private sector easily verifies what I am saying and normally knows it well.