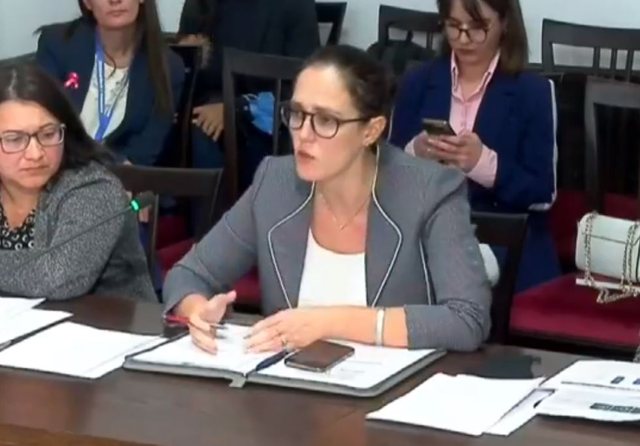 The Committee on Economy and Finance met today to review the draft law on Eurobond, which will be issued by the Minister of Finance and Economy. The Eurobond of 700 million euros, with a maturity of 7 to 10 years will serve to meet the needs of the budget.

The meeting was accompanied by debates.

The Minister of Finance and Economy, Delina Ibrahimaj said:"The issuance of a Eurobond has a special importance especially for countries with a small economy. Eurobond not only helps us to meet the normal needs of the state budget, but represents an opportunity to improve investor prospects, further introducing optimistic medium-term prospects. In previous outings we have had falling interest rates. The Eurobond will be from 500-700 million euros and a maturity of 7 to 10 years based on loan markets. We are at the end of completing the documents. Funding will be used for budget support and education, health, agriculture or infrastructure and public investment support will be used. Part of the investment will remain in the treasury for 2022. It is in our interest to get a bigger debt this year if there are lower interest rates and not to go out next year as the central banks have announced that there will be monetary policy tightening and higher interest rates. The energy crisis is also having its effects. It is therefore in our interest to get Eurobonds in higher value this year and not to go out last year. "We are working to meet the parameters to get off the gray list for money laundering."

DP MP Jorida Tabaku said:"Public debt is at about 80%, we are on the gray list for money laundering. The Ministry has not taken into account these issues and they are a concern for me. We are borrowing but without knowing what we are borrowing for, the debt borrowed was not only used for investment but was also used for operating expenses and was also used for wages. In 2013 the debt was 6.3 billion euros while now it is over 10.2 billion euros and we do not know how it was used and whether it was effective. Debt does us good when used for significant investments. We do not know how this debt will be used and for me it is very dangerous. The second concern is about the IMF statement that had the main criticism of how public debt is managed. "The IMF demanded a review of priorities. We can not borrow PPPs."

After that, the deputy Dashamir Shehi returned to him: “Take this relationship and enjoy it, but let me know how good the Albanian economy is, we do not eat these. Why is it successful to borrow? I also heard from the Minister that the debt structure has been improved. Are we going to do exactly that we get a billion next year and this long-term improvement for us, this is the way to improve it, this is a good thing. So we are sick, but we do not have such a terrible disease because burial will make us with good coffin. "This is a great shame."