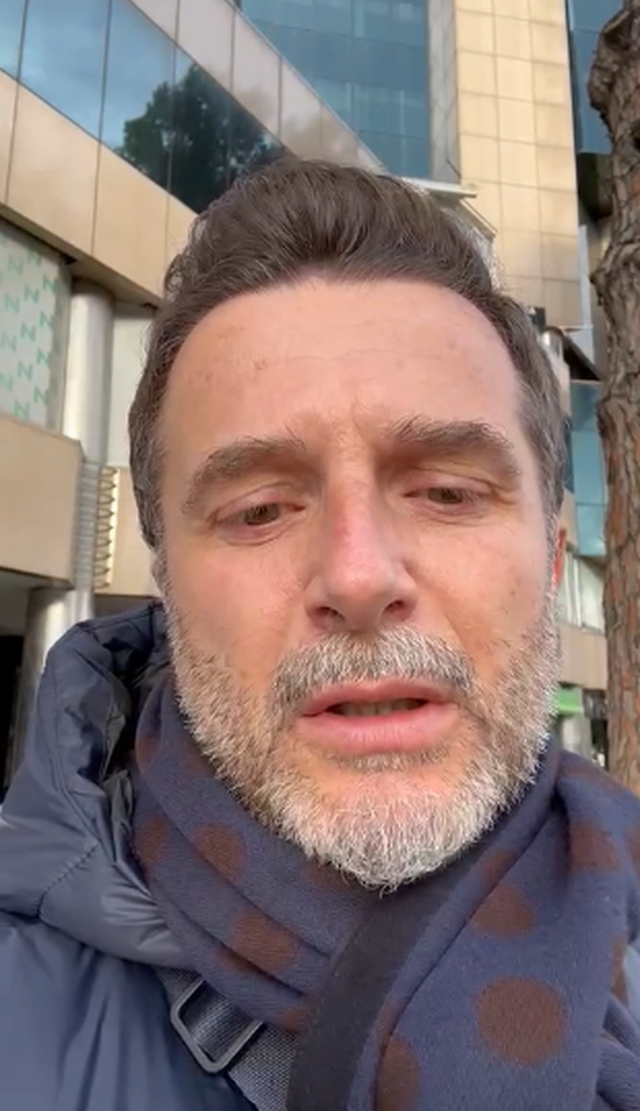 Today, the socialist deputy traveled the route he did on January 21 from Tirana to Berat (who was the district deputy at that time), returning to Tirana with the structures and supporters of the SP and the entire caravan to enter the capital for the protest that was to be held .

For what happened next, the murders of four protesting citizens, Brace calls January 21, 2011, the worst day of his life.

FOR JANUARY 21 A PRAYER AT THE END;

HERE, ON THE BOULEVARD OF MARTYRS!

I left in the morning to go to BERAT, where a whole and not only socialist structure was waiting for us; WE WILL COME TO TIRANA, IN A PROTEST, NEXT IN 1 AND A HALF YEARS WITHOUT INTERRUPTION;

We stopped at every possible checkpoint to NOT LEAVE ANYBODY BEHIND, ONLY WITH PURPOSELY ANGRY POLICE;

We barely entered Tirana after 2 and a half hours, we met Namik Dokle in Zogun e Zi, with him at the head on Durres street and we entered the Boulevard last;

A TOXIC WALL CRASHED INTO OUR FACES TOGETHER WITH THE PEOPLE WHO WERE BEING HIT BY THE POLICE AND CHASED BY THEIR BLIND CARS;

I gathered quickly and walked forward to the Prime Minister's office where we had our place;

With professor Ali Qesene, engineer Fatmirin, Feim Ruken, Staver Cece and other beratas, we stayed there, without moving a single step;

The others, you know, WERE THE SHOOTING ON THE BOULEVARD!

Just in front of them, Socrates - an officer on duty next to me due to earlier threats from a mafia boss in the Balkans, prudently asked me to move because we were in danger - was being shot with live rounds, we were in the line of fire, he recognized them;

A few minutes later, I saw Socrates Goden bow down, Illyria who was accompanying him - I was in front of him, Hekuran Deden fall from the platform where Socrates was; I opened the phone and Iliri screamed: THEY KILLED US, I'M TAKING SOCRATES TO THE HOSPITAL; people passed in front of us with Ziver Veiz in their hands, they were leading him towards the bridge where the cars were, then Faik Myrtajn;

My friends and I gathered together and told them to move towards the buses;

With Petrit and Sokrati, we went to the hospital where Dr. Kapidani was performing a miracle with the vein of Sokrat Gode's left arm; not only that, but saved him, cured him, protected him, from a paramilitary phalanx that was checking hospital after hospital.

I went back to the aviation field to start the berats, the scrappy rednecks on the way back; until they arrive on the phone with the manager of each bus!

THIS IS THE MOST HORRIBLE DAY OF MY LIFE!

But also the most difficult day of Albania in Democracy!

After 12 years, today, I must be sitting down;

JUSTICE IS NOT DONE!

I know that the systems have changed, they are separated to keep politics away, it should be like this, but it is working this way because of INJUSTICE, ILLEGAL IMMUNITY AND IMPOSSIBLE STATUS FOR THOSE WHO HAVE CARRIED OUT THE SHOOTING.

JUSTICE MUST BE DONE WITH EVERY PRICE;

ON THE PATH OF THE LAW, LOOKING FOR EVIDENCE UNTIL THE END, EVERY DAY, WITHOUT STOPPING!

Nothing, no crime, no murder can ALWAYS be hidden, FOR ALL LIFE!

YESTERDAY, SOMEONE SPOKE AND BROUGHT THE ORDERS TO LIGHT; THEY WILL TALK TO OTHERS;

BUT THEY MUST KNOW THAT JUSTICE WILL BE DONE, THIS MAKES THEM SPEAK!

NEW EVIDENCE IS VALID FOR JUSTICE!

Lastly, I have a prayer that is both human and political;

Since yesterday, I've been reading one or two or three female politicians who, in the light of the evidence of the new orders, are revolting against the prosecutors;

New evidence is welcome, HYPOCRISY NO!

When you eat and drink with prosecutors, you have fun watching football with them, exactly with those who should investigate and not take care, their mouths should be sewn shut!

In respect of those who were shot!

To let JUSTICE DO JUSTICE, WITH NEW EVIDENCE!

The former official Alda Klosi, arrested after the testimony of the cleaner, is hospitalized

The first day of my life

The Boeing plane catches fire on takeoff and the blame falls on Russia. The 321 people on board were miraculously saved

Veliaj: The New Theater will be a symbol of the future

Video/ The white roses that grew in Paolo Bonoli's garden after he failed to fulfill his father's bequest, proof that Heaven exists

Against the construction of the Thumanë-Kashar road, the residents of Bërxulla protest

Veliaj: We have preserved the historical identity of the city. A Library and Puppet Theater will be built at Garda

How do we humans see color that doesn't exist

Road axes in Korça where snow makes it difficult to pass

Scholz: Putin has not threatened me or Germany

Video/ I'm the old woman Harry lost his virginity to

Horoscope for February 5 by Russell Grant

Latest/ The US military shoots down China's spy balloon

What's cool on Netflix in February

This is the best way to cancel plans with friends

The EU limits the price of Russian oil products

Complications during pregnancy are linked to a higher risk of heart disease, study finds

Some tips and tricks for couples who fight a lot

Oil and gasoline are reduced again, gas is increased

A suspected Chinese spy balloon is identified over the US! How does Beijing respond to this event?

Snowfall in the country! Be careful in mountainous areas

Three new buildings in the Student City, Veliaj: We will transform it into a university campus

Cameron admits after 25 years: Jack could have escaped with Rose

The "Martyrs of February 4" street is back in Tirana

Barely prolonging his career, Tom Brady lost his marriage but also some of his brilliance

Some good events that happened this week on the environment, biodiversity and rights

There are 5 expectations from this year!

Famous bloggers: 5 cities that will make you feel like you're in a fairytale in Europe. Inside such an Albanian city

The frosty weather starts this weekend

Horoscope for February 4 by Russell Grant

This year, the "Dritero Agolli" museum is added to Tirana

Celibashi: The ballot will be simpler than in the 2019 elections

The attack on globalization is a mistake!

How do we humans see color that doesn't exist

What's cool on Netflix in February

This is the best way to cancel plans with friends

Barely prolonging his career, Tom Brady lost his marriage but also some of his brilliance

Video/ The white roses that grew in Paolo Bonoli's garden after he failed to fulfill his father's bequest, proof that Heaven exists

Video/ I'm the old woman Harry lost his virginity to

Horoscope for February 5 by Russell Grant

Horoscope for February 4 by Russell Grant

Horoscope for February 3 by Russell Grant