The father of the 28-year-old who passed away at Rogner: My pain split in two, was conscious on the way to the hospital 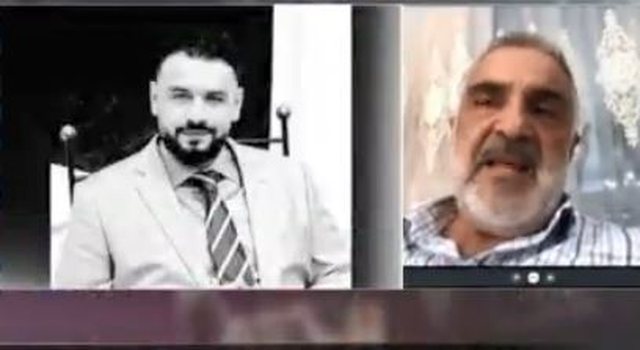 The serious incident five days ago at the Rogner Hotel where 28-year-old Ajdin Mustafi from Northern Macedonia died while on the hotel balcony, shocked the public. It was initially suspected that he had been pushed by another person. Investigations are still ongoing, but the next track is the amortized balcony barrier. After the 28-year-old fell together with the barrier above a car, dying on the way to the hospital.

The details of the serious accident were told by his father from Kumanovo, Mehmet Mustafi, who said that he received information from the police station in Tirana where it was confirmed that the event was accidental, while he says that the director of the Hotel, an Austrian citizen called Aydin's brother where he expressed his condolences and assured that the event will be fully uncovered.

We were told that cigarettes were falling and that it was just an accident. He leaned his back against the hotel balcony barriers, and the barriers fell. I was told by the police station that he was only smoking cigarettes and not taking pictures. I was told the incident happened at 2:40 p.m. He was malleable as a body.

-You say that he was just standing with his back to the main boulevard of Tirana, consuming a cigarette.

When I was told this was the case, my pain split in two. I said on the one hand thankfully no one pushed him, but another pain started, a 28 year old loses his life from the barriers. Came to Tirana on vacation, to calm down. It started a bigger grief for me. To die from a barrier without bolts, with consumed barriers.

I could not believe how he died, so I doubted that it could have been an event that someone could have postponed. That does not happen in such a hotel. How can a person fall like that? Until I got the information that the railings were disconnected. He fell on a parked car. So I was told, it has fallen along with the barriers above it. At the police station I met the hotel cleaner who told me that a guy working on the information had sent the boy to the hospital. I also met the information boy. He told me that he had signs of life, the boy who accompanied Aydin to the ambulance said that he shook his hand and said: I am Aydin Mustafi. In the first moment it was with signs of life.

-Do you have information whether he died on the way or in the hospital?