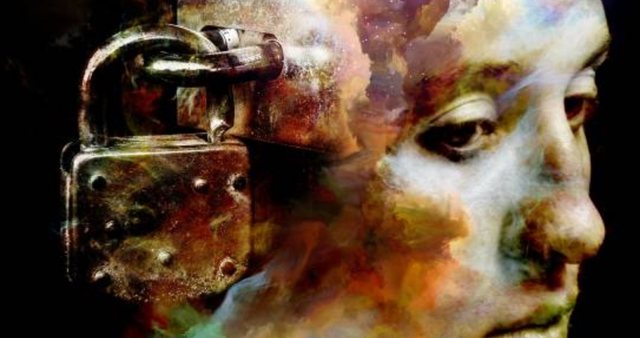 Nature has a great sense of humor: Once humanity started distributing vaccines against it, it created 2 new mutations, one probably in the UK, and the other in South Africa. Both new types of coronavirus are much more contagious, and doctors are still not sure if the newly developed vaccines are effective against them.

But what can we expect? Since the beginning of this pandemic, I have warned that the problem is not Covid-19. This disease is a symptom of a much deeper problem that stems from bad human relationships. When fighting the symptom, it is not surprising that the pathogen strikes you constantly.

The current strategy is as clever as confronting an ubiquitous pipe, and where you try to close the crack where the water comes out instead of closing the tap. From time to time, nature will strike us, until we realize that viruses, volcanic eruptions, wars, bloodshed or forest fires are not the real problem, but that we, humanity, are the only problem in this world.

When we ask how to correct ourselves, instead of everything other than ourselves, then we will begin to see some positive results in our efforts. The root cause behind all catastrophes, traumas and every other possible affliction, is our selfishness. This is what is destroying the world we live in, including ourselves. Whenever we are told that our ego is the problem, we angrily deny it, but that does not make it any less real. We deny it, as our egos do not want to face the truth that they are the real problem. But until we do, the problems will only get worse.

And here we come to another problem: The world will not know how to rise above selfishness until the people of Israel show them the way. Currently, we Jews are showing quite the opposite. We are arguing with each other and we are not showing anything to others except discord.

When anti-Semites blame us for causing all the trouble, I can't help but agree with them. "A beacon for the nations," we shine in nothing but the darkness of division and division instead of the opposite, as it was intended to be.

When rivals finally turn against the Jews, it is not because they are looking for a "Turkish head", but because they really think they are at war because of us, even though they cannot tell us how we incited no.

However, their intuition is correct: If we were united instead of divided, we would have projected unity instead of division, and the rest of the world would also be at peace.

However, if the people of Israel understand its role, and change course from mockery to cohesion, the whole world will change its course along with Israel. When that happens, we will not need vaccines; our relationships will protect us from harm, not only from viruses, but from all other disasters caused by the rift that exists between us. / “Newmax”

What do the Chinese do differently from the rest of the world?

Veliaj ironizes Basha: I came by tram to Kavaja! It's back to the joke

"Po plasim!" Life and death in a Covid pavilion

Alexei Navalny is arrested as soon as he arrives in Russia

Fran Lebowitz's pain for the silent New York and a personal account of life, friends and politics

5 puzzles to get you thinking!

Ambassador Yuri Kim's weekend, from the walk in Skanderbeg Square, to the Chestnut Lake

Covid-19 figures in the country, stable: Over 470 new cases and 7 lives lost

Veliaj message to Basha: Forget it, as long as I am mayor! Forgive one of the villas you have, then come apply for the 5th villa!

Sokol Balla has become a father for the third time

It is not known how long the immunity lasts. Brataj talks about those who passed the virus but need to be vaccinated

Video / Rama at the engagement of the girl from Mamurrasi: I gave the first plum to my mother-in-law because it is a good sign

Lost four family members after the accident on Rruga e Kombit, the eldest son of the family: I still can not think clearly

The crossing on Gjegjan Street, Puka Municipality is suspended tomorrow: ARA had to intervene, but we do it ourselves

Veliaj: The SMI has suffered an earthquake in the party, while the PD has been covered by moral frustration

Anti-Covid measures tightened in Austria: Distance from another not more than one meter, blockade extended

Cameras and cards are obtained from Covid-2 Hospital. It is being investigated with whom the sanitary Tirja was related: She was not even from the ward

Careful! WhatsApp may have exposed phone numbers on Google

Kavaja will have drinking water 24 hours from summer, work with the water supply starts

Rama reacts but with the commentators: The complaint of the French embassy without relation to my position, there is no excuse to leave us out without the vaccine

From Chips to DNA change! The most prevalent theory on the net after the release of the anti-Covid vaccine and why it may not be true

I was on the show when I had an abortion: The British presenter confesses the most difficult moment to be and it is not

Veliaj: Ordinary Democrats warm themselves in the sun and Fatmir Mediu and Nard Ndoka become deputies

Adam Grant for The Economist: We can be much better psychologically with 6 hours of work, not 8

German Foreign Minister message to the first vaccinated: You can go to the cinema and theater

Rama: 369 doctors and nurses have been vaccinated in 6 days: We will increase the pace according to plan

Acarta day wardrobe according to Olivia Palermo from NY

Attempt to rob a phone shop in Fier, 3 perpetrators smash a police car

EBRD: Albania's recovery will depend on tourism, how it can benefit from the crisis

France with strong curfew against Covid: Starting at 18:00, fines from prison

From chains to tires to maneuvers! 7 tips on what to do when heading out on cold days

Cold Sunday! Read the weather forecast with temperatures before you leave the house

Covid is forgotten in the bar in the capital, Beqaj: The independence of breaking the law is offensive

Careful! Polar cold tomorrow in Albania: Tirana -5 degrees, how much will the temperature decrease in other cities

Reading has always been an isolated pleasure

Horoscope for January 16 by Russell Grant