Why are vaccine opponents willing to harm themselves and others? 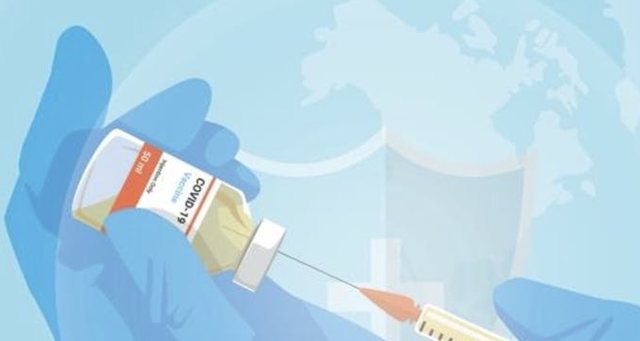 A new poll suggests there has been a slight increase in the number of people willing to be vaccinated against Covid-19, signaling a reduction in vaccine reluctance. Vaccine suspects, according to the WHO, include all those who avoid vaccines for one reason or another.

And there is a long list of factors that can influence someone's decision not to get a vaccine, or not to give it to their child either. These include a lack of trust in health authorities, complacency (not believing you need a vaccine), and the worry of getting a vaccine when you need it.

Those who are reluctant to get vaccinated range from someone who simply did not "get close" to the vaccine, to ardent opponents who believe that vaccines are toxic poisons that we should not inject into our bodies, or who support conspiracy theories that which "Big Pharma", the big pharmaceutical companies are manipulating us for their benefits.

WHO advises dialogue more than imposing on them, helping people make good decisions for themselves, while making vaccination easier when they decide to do it.

As a behavioral resistance researcher, I am not very tolerant of those who refuse a vaccine when science is clearly on the side of public health. When one sees the damage done worldwide by infectious diseases like polio and measles (and now the pandemic), and then sees those who have the opportunity to be vaccinated and do not, one wonders what possible justification there may be for to harm himself, but also anyone else in his community.

I think there are 3 reasons why vaccine opponents are wrong and their attitude is immoral. First, let us deal with the belief in science. Studies on vaccination reluctance have shown that when authorities provide skeptical parents with understandable information about vaccines, they are 2 times less likely to be vaccine skeptics than those who do not trust health authorities.

Second, opponents of vaccines have broken the social contract. Our individual resistance always depends on the stability of the support systems on which it depends. During the recession caused by the pandemic, we urged governments to be stronger, and to pull us out of the economic collapse.

We have relied on social services and non-profit organizations to feed and house the most vulnerable. And we have seen that the government is doing what it can to keep society functioning. The sustainability of each individual depends on how well their surrounding systems perform their job.

The only reason vaccine opponents can survive without being affected by polio, measles or any other serious illness, is that there are many people who have been vaccinated to establish herd immunity. When most people meet their social obligations and get vaccinated, we are all more resistant to a potential epidemic outbreak.

As we have seen recently with cases of measles, when children’s vaccination rates fall to 50 percent, the herd immunity breaks down and children begin to become infected and die from preventable diseases. And not committing to contributing to herd immunity is an act of selfishness on the part of vaccine opponents.

According to a paper published in The Lancet, this selfishness and lack of social awareness is particularly troubling for those who interact with vaccine opponents, as vaccine skeptics tend to think globally but mainly affect their social circle.

Their refusal to accept vaccines as safe should be seen as what it is: disrespect for the safety of others, similar to driving while intoxicated, or leaving a weapon in one's home. filled fire.

Third, opponents of vaccines are manipulating others to make themselves feel more powerful. Like politicians who abuse their influence for personal gain, they do not necessarily choose a vaccination regimen, but rather choose an identity that they perceive as powerful.

Joy for the family from Dibra. The triplets come to life in good health, the mother receives the baby bonus

From Lancome to Maybelline: Vogue lists the 15 best eyelash mascaras to keep false

Veliaj's call for democrats from Rrogozhina: Who does not identify with Sali, to come to SP