The residential block in Rr. "Hamdi Çullhaj", a new gym for the school "Kongresi i Manastirit" 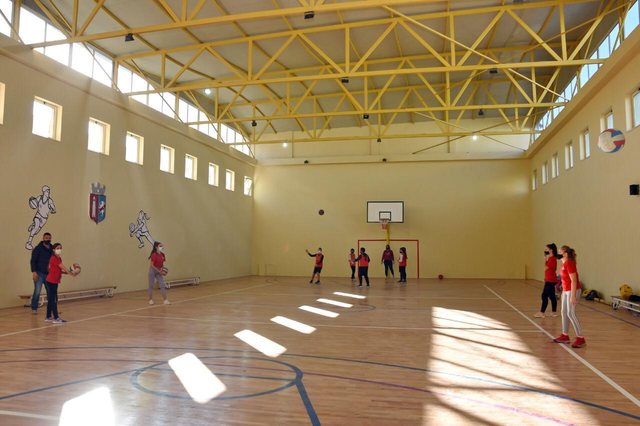 After the new nurseries, kindergartens and schools, the residents of Kombinat have a completely new road. The Mayor of Tirana, Erion Veliaj and the Minister of Infrastructure and Energy, Belinda Balluku, inspected Rr. "Hamdi Çullhaj", whose investment has further increased the value of housing. 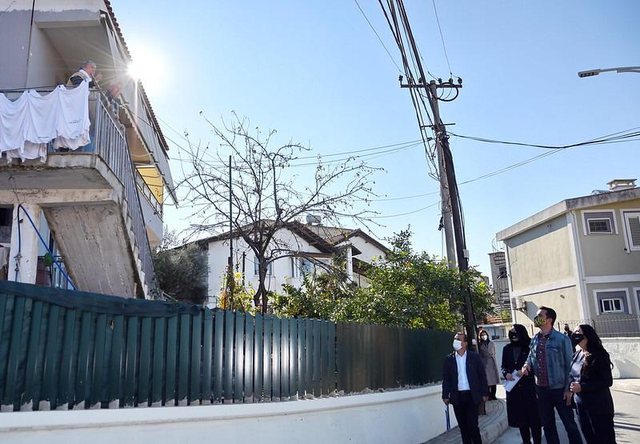 "It has been an informal area built over the years, without urban planning, without roads, without sewers that drain water. Most of the problems we have encountered in Kombinat, with rainfall, is landslides, with houses collapsing on top of each other. The biggest intervention was made for the physical security of these houses, but the road is also a big barrier, which preserves the ridges according to the floors, up to the level of the main axis and in addition to security has brought urbanization ", said Veliaj. 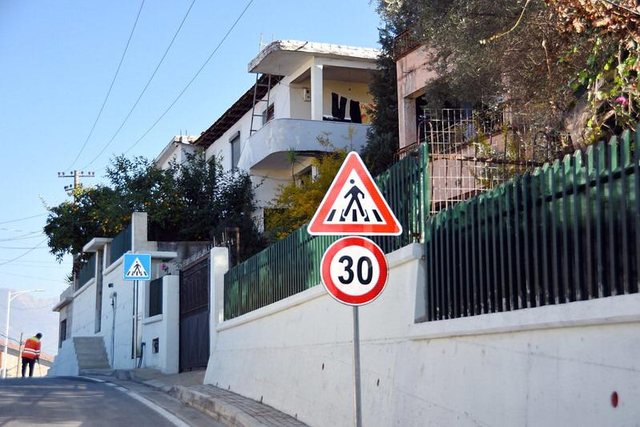 He assured that residents affected by the earthquake will receive rent payments until they receive the keys to the new apartment in hand. "Everyone will get a house of greater value, stronger and of better quality than the house damaged by the earthquake. Until that moment, as we have agreed with the government, we will continue to pay the rents, until everyone gets the key and the mortgage of the new house in the new neighborhood in Kombinat ", underlined Veliaj.

The Mayor said that the new neighborhood in Kombinat will be a model like other areas in the capital. "In Vaqarr we are making a neighborhood for the residents of Vaqarr, who come from the suburbs, from Lalmi or Allgjata, who have their houses far away. They will be concentrated in the center of Vaqarr, near the unit. This project has nothing to do with the Combine. The families of Kombinat will live in Kombinat, ie in a radius of less than 100 meters from the house where they are already, on the other side of the road, where we will make a model neighborhood, like all the model neighborhoods that have been made in Tirana, like that which started on May 5 ", said Veliaj.

Veliaj underlined that the SP is the only force that has shown that it keeps its word. "Citizens should trust the Government and the Municipality, as the only authorities that keep their word, that have prepared plans and that are building houses, as we have built houses for hundreds of other citizens. Any political force, any regressive, deceptive force, that tries to sow panic, disruption, that does not contribute to any house or food parcel, but only tries to sow doubt in people, should be removed and ignored because they are not forces for us . For us there is only one force, it is the SP, which has kept its word, as it has kept it for this path, which they said will never be done, that it has 30 years like that; "so we will keep every word for the Combine", he declared.

The Minister of Infrastructure and Energy, Belinda Balluku, said that all the investments that are being made are not electoral, but based on studies. "We do not lay electoral asphalt. It was a difficult road, 30 years without being done, with high complexity due to the penance it has, and we do everything by study. We do not come to fill the asphalt potholes that the first rain will take away. "Tirana is no longer in the emergency phase, Tirana is in the phase of a European capital", declared Balluku.

Mayor Veliaj and Minister Balluku also inspected the new gym of the school "Kongresi i Manastirit", as well as the open construction site for the reconstruction of the Zeneli family house, which will be ready before the New Year.