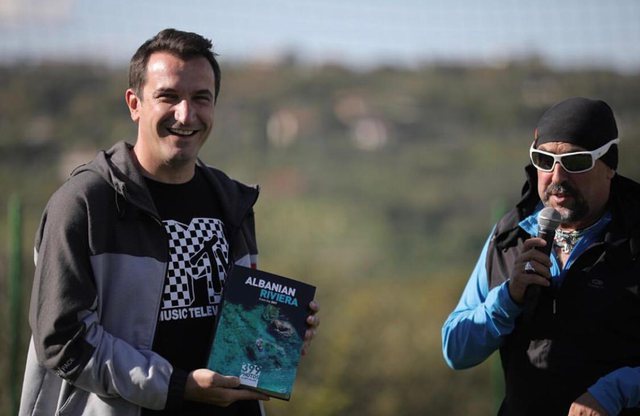 For Alket Islam, all these months of pandemics have been similar to distant times, when he just began to discover the sky. In the 90's, when we raised our eyes only to see the clouds, Alketi had started traveling to Dhërmi, to explore the land, to find the right wind that would help him in flight. Then there were no pictures! There was no Instagram, there was nothing to show you the beauties of nature that Alketi discovered. Even now, when our horizon was only that of the window or balcony of the house, Alketi was again in the clouds, alone! Only this time he knew the pictures would serve him better than all the early ones. "The photos of Tirana during the total closure are amazing. I have done so much and I am postponing the release of the album just because of the inability to choose between them. On the other hand, for Aeronautics, the pandemic has not been so aggressive. Apart from the postponement, it has not canceled activities. Tomorrow, from Vlora, 'Open Air' starts 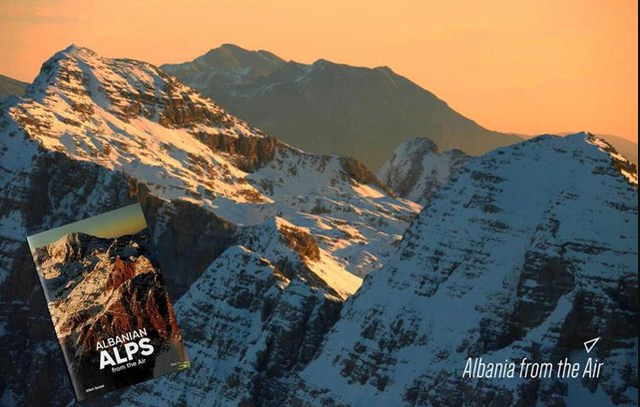 Alket, how have the long months of the aeronautics pandemic affected you?

For us it has not been as harsh as for other activities because the flights are done. Being not even spectator sports or mass gatherings, we are more favored. Nature helps us! The only part that has diminished the competition has been the lack of foreign competitors. Our activities have only been postponed and this because the predicted dates coincided with the peak of the pandemic, the months of April, May. Now we can not push it anymore because there is no more time.

'Open Air' starts tomorrow. Are there strangers in the race?

There are, but not as many as there have been in the past years. Only representatives of countries that do not have closures or aggravated circumstances have come.

Where will it take place?

We will fly from Shashica, to Vlora, as always. This year too we will fly with the old conditions because next year and onwards the conditions will be completely changed. With the construction of the new Bypass, driving to Shashica will be eliminated. A parking lot and trampoline will be built just for aeronautics and will make it much easier for us. The flight there is incredibly favorable due to the wind direction and the fantastic panorama. Currently the boys are there training for tomorrow's race. 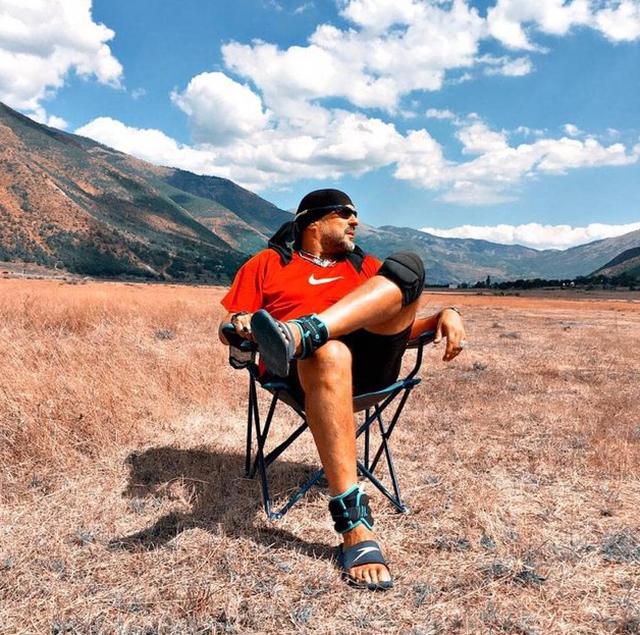 Meanwhile, organizing sports activities does not prevent you from being in politics as well. In fact, you have appeared with Veliaj at different times, not only now that the campaign has started. How did the acquaintance with him start?

Yes, our acquaintance is early, since Erion returned from America, in 2000.
We have had continuous collaborations from which I can single out the springboard we built on Mount Dajti. Erion took over since I told him and he did. This enabled the involvement of many young people in sports because flights started from Dajti. 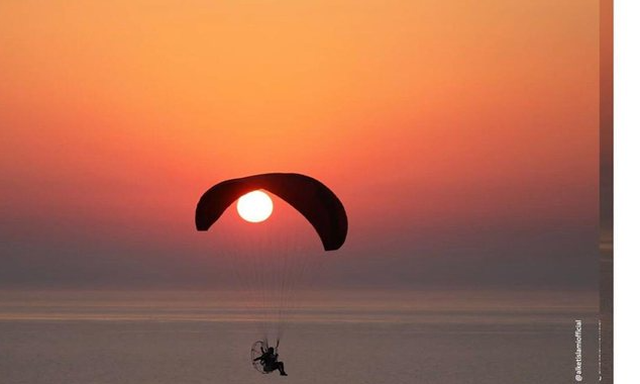 Currently what would you like to do about the circumstances in which you train?

Now it is necessary to first find and then build a permanent place where we can train because we stay for a while somewhere and we are forced to move, for land ownership issues. However we are discussing finding a hill around Tirana, in

So will you support him this time too?

Support is not discussed from the moment you are exposed to him and I have no reason not to do it when he has always supported me, the respect has been mutual. Everywhere and whenever I have invited him he has been there, both in the promotions of my albums and when I have invited him on flights. When collaborations take place over a long period of time, the relationship necessarily becomes friendly as well.

Alket, did you take pictures from the air during the pandemic?

I have done and I think they are one of the most special and beautiful. So much so that I can not choose which ones to include in the album, there are so many. Out of about 25 thousand photos I have to choose only 200 and this is making me postpone the publication of the album for Tirana. Tirana during the pandemic was magnificent, they are really fantastic photos. The album will be divided into volumes and photos will be published from 2000, to see the changes from the urban point of view etc.

The woman who was repatriated with the three children from Al-Hol camp is interrogated: Her testimony is revealed

According to the epidemiologist, the virus will stay between us as long as people do not do this

Trump accepts the defeat and is ready to leave Biden

Albanians, the most frugal people in the region

Why are vaccine opponents willing to harm themselves and others?

Cloudy all over the place, temperatures drop to minus

Horoscope for November 24 by Russell Grant

Fans have two charges for Jennifer Lopez's sensual performance! They have evidence for one

Brataj on the accusations of PD: The opposition should not fill the people with lies, you can not hide the dead

Biden introduces his cabinet, returns John Kerry to the White House, and the list goes on

A new, cheaper vaccine comes on the scene! Universities will not reopen after December 2, and schools will not close. The German Embassy expects applications from today

Meta responds to Rama: Our behavior in the pandemic has been correct

He was mistakenly killed by the Greek police 10 years ago, the Court compensates with 410 thousand euros the family members of Nikola Todi

Highest number of victims from Covid, Manastirliu calls on citizens: Today more than ever, each of us must take responsibility

Kakavija will be closed tomorrow! Here are the categories that will be allowed to cross in Greece

The Oxford vaccine will cost 3-4 dollars! The Albanian doctor in Oxford shows how he is expected to be injected

Why a quick test is even more necessary than a tampon

Competition for the Constitutional Court, KED disqualifies Euglen Papandilen for the second time

Britain comes out of 'lockdown' on December 2nd! But the new rules will continue until the spring

WHO warning: Europe threatened by third wave of Covid-19

The residential block in Rr. "Hamdi Çullhaj", a new gym for the school "Kongresi i Manastirit"

Lleshaj remarks to the Skrapar Police Station for the fight against cannabis: There were implicated staff

Mimi Kodheli becomes the first Albanian to take the top post in NATO!

Archbishop Janullatos recovers from Covid, message after discharge from hospital: It was a severe ordeal, I will continue treatment at home

Can Trump stage a coup and stay in office for a second term?

Ibra is missing in the next 3 matches, after 10 days another answer is expected

German Embassy reopens: Important announcement for those waiting for a visa or applying

How the blockades by Covid-19 have affected climate change

The highest number of victims from Covid is recorded, 795 new cases and 17 loss of life in the last 24 hours

Video / Images inside the Covid hospital 4. Minister Manastirliu shows when it will open and what is in each room

Heritage as a socio-cultural construct

Oxford vaccine up to 70% effective from Covid-19, but cheaper and easier to maintain

In March or April? Rumors about when Sanremo 2021 will be held due to the pandemic

How are Albanian patients with Covid transported abroad?

High figures in Kosovo, 12 people lose their lives due to Covid

Tomini: We are in a situation of high virus transmission

Rain or Sun? Meteorologist forecast how the last week of November will close!

How Mourinho changed Tottenham in 1 year, now he is getting the fruits of the results

Veliaj in Kombinat: Whoever lost his house from the earthquake will get the key and the new contract. It stings Basha and Kryemadhin

The Oxford vaccine will cost 3-4 dollars! The Albanian doctor in Oxford shows how he is expected to be injected

Ibra is missing in the next 3 matches, after 10 days another answer is expected

How Mourinho changed Tottenham in 1 year, now he is getting the fruits of the results

Klopp reacts to the calendar: We risk not having players to close the championship

Fans have two charges for Jennifer Lopez's sensual performance! They have evidence for one

Horoscope for November 24 by Russell Grant

What will happen on the 27th, according to astrologer Meri Gjini