Meta responds to Rama: Our behavior in the pandemic has been correct 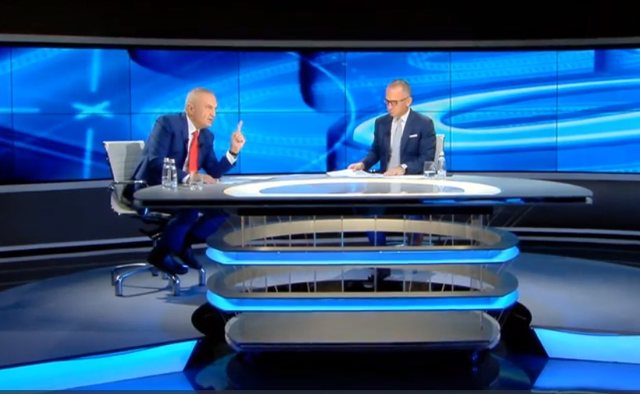 On Saturday, in his message regarding the pandemic situation and the accusations of the Democratic Party for the alleged deaths as hidden, Prime Minister Edi Rama several times emphasized the behavior of the opposition, where he sometimes spoke about Kyemadhi and sometimes directly about Meta.

"Definitely in the middle of a war like this, not only the government can be challenged, but also the expertise of the scientific commission to be made available to the invisible enemy, but it is not possible for the President of the Republic to create his alternative committee, even the opposition to set up its own alternative committees where one committee says the government should buy masks for every citizen to protect themselves from the virus while the other committee says the virus does not exist and citizens go to churches and mosques to pray against the government. "This is not democratic but it is clearly inhuman irresponsibility", said among other things the Prime Minister during his speech.

Meanwhile, today in an interview for ABC, President Ilir Meta responded to the Prime Minister as he said that his behavior in the pandemic was correct. Meta added that he also made an effort in the criminal code, changes which were also called as Deniz changes. "Everything the president wanted he did," said Meta.

Why should experts be divided into opposition, majority and presidency? And then you talk about consensus ...

Meta: The president at the request of the prime minister when he came under pressure from the situation in Italy in April, used the national security council to find a way to calm down. The president also made a strain on the penal code, also known as the Danish amendments. Whatever he wanted, the president did. When he thought the weather was warming up, he put 1,500 policemen at the artists, at the Theater, to provoke the opposition to leave the electoral reform. This one broke the agreement and it is bad on April 25 and not on the situation.

What is the role of the president in the pandemic?

Meta: The president has played and will play his role responsibly, he keeps a record of everything for today and tomorrow. Today you have no one to complain to. There is puppet opposition out there that commands everything. Who stops him? We have this situation when the debt is growing. The opposition has a responsibility to leave parliament because they served as a confrontational body in parliament.

Is the salary increase a necessary measure or an election?

Meta: Be as you wish, is it possible to double it. One of the biggest businesses of the system is that German is being taught and they are leaving. If we have emigration to other countries, there is depopulation in our country. And I say once again is it possible to double because health comes first. Can we get oxygen equipment in bulk? There are necessary works, but health comes first because it will help us in a speedy recovery. The situation was known to worsen and experts had warned of a second wave after the weather cooled.

Are the April 25 elections in danger in case of deterioration?

Meta: Who really cares? It has all the parliament, it has the municipal council, who does it complain to? The opposition has not instigated any protests. How will the government manage by inventing enemies that do not exist except where decisions are made. Agja will not jeopardize the April 25 elections. If these parties do not run in the elections, which will not happen, the President will call for another opposition. The blank field will not be left. Albanians urgently need elections. Albanians do not expect Danish elections because they will not have but to take control of the situation.

Mother and daughter with Covid, lost their lives within four hours at Shefqet Ndroqi

Infected with Covid doctor Pipero. He was among the first to make the vaccine

Tirja is left in prison, the nurse who was removed and a nurse and took them in front of the daughter of the patient with Covid at 'Shefqet Ndroqi'

Accident where 23-year-old woman from Fieri lost her life: Her friend is arrested, she lied about who was behind the wheel

What happens to the body when it stops wearing underwear?

A new type of virus is circulating in Albania

Even if you are not going anywhere, talking about the holidays does you good

Video / Situation with roads after snow, ARA shows the axes where chains should be used: Be careful!

Britain restores quarantine on hotels: Expenses for 10 days will be removed by the citizens themselves

Table / Albanians and Bulgarians with the lowest internet use in Europe. Which country holds the record?

They falsified the result of the buffer to travel outside Albania, 4 young people are arrested

The woman who survived Auschwitz and Covid reveals the secret

Paris Hilton launches In Vitro procedures: I can choose twins if I want and find their names

Part of Winx with people, also an Albanian

What did the study reveal about those who have had previous coronaviruses?

Kryemadhi confesses: I have cervical cancer, so I am being treated abroad, due to the lack of specialists

WHO advice for treating patients with Covid: From blood thinners to bed rest for oxygen

On February 2, they will receive the second dose of the vaccinated, Rakacolli is asked why the other 10 thousand vaccines did not come

Iceland makes it a reality: Those who get both doses of the vaccine get a passport for travel

Photo / Pharmacy robbed near Sami Frashëri in Tirana: The perpetrator is suspected of having a toy pistol

Tragic accident in Vlora / 23-year-old woman dies, her friend who was in the car with her is in serious condition

The director of the Berat Cadastre in handcuffs: He is accused of receiving money for legalization permits

Princess Diana stylist reveals the worry she had every time she made a dress: It was very embarrassing

When am I free?

Dritan Dajti, sentenced to life for the murder of 4 police officers, is sent urgently to the hospital

Why are the characters of "Matching" choosing the Dermolife polyclinic?

Video / Farmer Sheqere Allushi talks from her farm in Zall Herr: I have cows as stars, here is how I applied for their subsidy and zero excise tax on oil - read

Nurses Association after the arrest of the Infectious Diseases nurse: Corruption is taking place in Covid hospitals!

Meta decorated one of the 'mobsters' of Ndrangheta eavesdropping with the high decoration 'Mother Teresa'. Berisha and Basha also participated

TripAdvisor reveals destinations that people can't wait to visit this year, if the borders open

Video / 8 new dormitories are being built in Koder-Kamza: For 2200 students and will serve as community centers

8 patients with Covid lost their lives. The number of infected, the areas where they were detected, increases significantly

After 3 years of absence, the Constitutional Court has taken the first decision today

Vaccination of the elderly in Albania starts in February, the IPH specialist shows the graph of how it will be done

What happens to the body when it stops wearing underwear?

Even if you are not going anywhere, talking about the holidays does you good

The woman who survived Auschwitz and Covid reveals the secret

Paris Hilton launches In Vitro procedures: I can choose twins if I want and find their names

Part of Winx with people, also an Albanian