He suffered from depression and agorophobia, but he was a genius of literature! A short biography of Franz Kafka 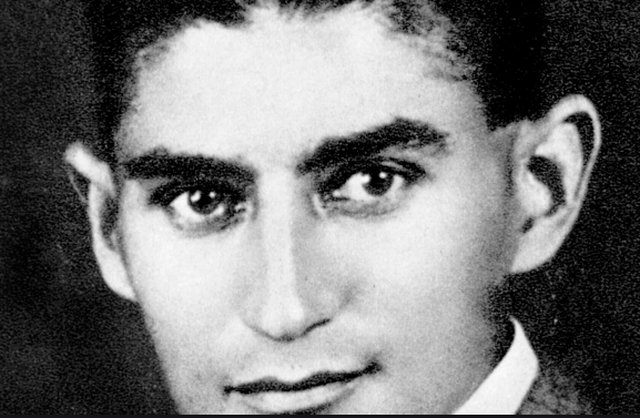 Hermann Esse wrote of him: "He is the only man who can plunge you into darkness, with all the lights on."

Most of his works were published after his death. The stories are so unique and enigmatic that the term "Kafkaesque" was coined to express this uniqueness. Transfiguration, "Process" and "Metamorphosis" are among his most famous works. Through them he managed to capture a grotesque view of the world, where people strive to escape the guilt, loneliness and eternal stress of life.

Bohemian Kafka was born in Prague in 1883. His family was of Jewish descent. He was the eldest of 6 brothers. Two of his brothers died at a young age and his three sisters were executed in concentration camps.

The surname Kafka in Czech means chair. His father, a dynamic man, managed very early to become a successful textile trader. But his relationship with the boy was disappointing. Franz from an early age showed an aversion to people. He was not at all sociable and preferred to be isolated in his room and read literary works. The isolation provoked the displeasure of his father, who made derogatory comments about his inclination towards literature. The sick boy much later in a letter, describes his father as a tyrannical and agile character, who wanted to control everything and often exploded on him. Throughout his life, Kafka tried to manage the indifference and nerves of his parents. In fact, "Metamorphosis",

Kafka's mother tongue was German, in which he wrote all his works. But he also knew Czech fluently. After high school, he studied at the University of Prague. First he studied Chemistry, which he soon left because it seemed to him an uninteresting science. This is why he enriched his studies with ancient Greek and Latin. He finally got a law degree.

He felt trapped and annoyed that he could not devote himself to literature. Although he excelled in his work, Kafka remained in the company only to pay his daily expenses. Throughout the years his delicate presence and his weak character troubled him. He had already been to Prague sanatoriums twice for treatment.

"Everything I have written and planned to burn incessantly and without being read" ! The deterioration of Kafka's health was irreversible. He was diagnosed with tuberculosis. In 1923, he returned to Prague and again entered a senatorium. On June 3, 1924, exhausted, he died. He was only 41 years old.

Kafka is known to have suffered from clinical depression and agoraphobia throughout his life. He suffered from insomnia and migraines. He tried to follow a healthy vegetarian diet as well as other medicines. In his will he had written that he did not want anything from what he had written, read and published. Fortunately, his good friend Max did not fulfill his request and so the works of the modernist writer continue to influence world literature, music and cinema.