Veliaj: Luli lied again about Sharra, he has trouble in his pocket; he worked day and night with his brother-in-law to tear Tirana apart 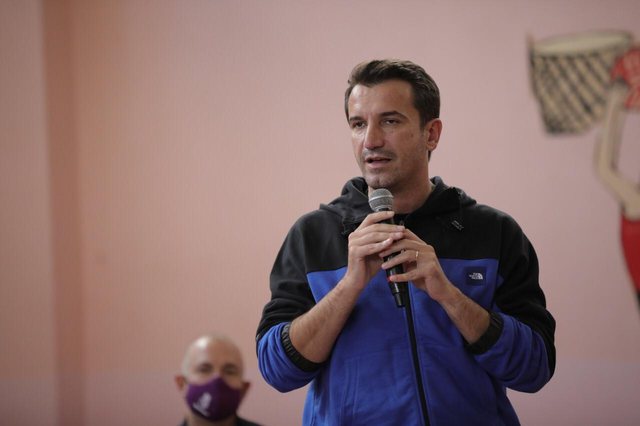 The Mayor of Tirana, Erion Veliaj, in the Socialist Assembly in Krrabë and Bërzhitë, stopped at Sharra, while he said that even on the run, Lulzim Basha and his brother-in-law, with the signature of Sali Berisha, worked day and night to bury the state budget on the mountain of garbage in Sharra.

On August 20, 2013 - that is, on June 23, the people were told: "bella ciao", "go home", "you are not for this job", - even though they lost the elections, they continued to made the pit of the place. After losing an election, the other person who has been elected must make the moral decision. They did not receive the government. The elections were lost in June, the government was getting ready to start work, in August Lul Basha tells Sali to pay 34.6 million euros and 37 euros per ton, to take the garbage to the company he had prepared with his brother-in-law. "They had made Tirana loot to tear it apart for a family," said Veliaj.

He said that Lulzim Basha lied again today when he said that Albanian citizens would pay 12 euros for 1 ton of garbage. "He came out today and lied again, - that when the membrane bursts, you are dyst, you are comfortable, it is not that you blush anymore, - he came out and said," no, I said 12 ". Yes the document says 37! Who are you lying to? My advice to Luli is: Luli, always tell the truth, because it is easier to remember. By lying non stop you only confuse, confuse the multiplication table, confuse the addition table, confuse subtraction, division, confuse brother-in-law, villas, cars, confuse fines. Always tell the truth, that the truth will make you free. The truth will set you free. The truth will reward you with more votes, "Veliaj added. 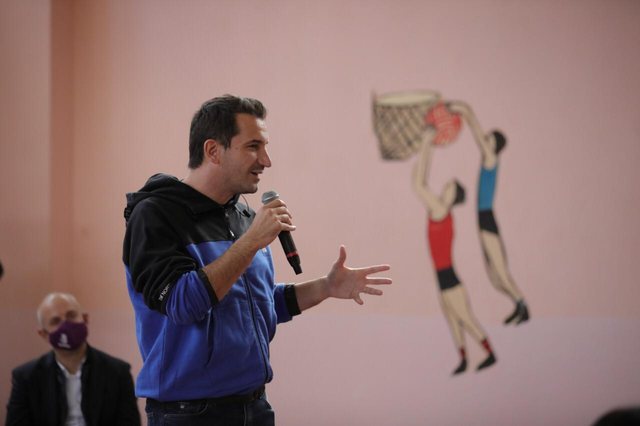 The mayor added that the parties we are facing are family parties. "Krraba was not our stronghold, it was the stronghold of the SMI. Bërzhita was not our bastion, it was the bastion of PD. The fact that today they have returned en masse with the SP, means that this team and this family really work for these people. The parties we face are family parties. A party works only for the brother-in-law, 24 hours a day. When we talk about the economy, about the earthquake, the pandemic, they do not talk at all. But, if you are mentioning his brother-in-law to him, he wakes up at 11 o'clock and tells you that he will not forgive you for his brother-in-law. The other party works for the man, for the woman, they have turned him into a LLC, ”said Veliaj.

Covid-19 / Video from inside the most infected area of ​​Europe

Daily news! New record of Covid infections in the country. New Rama-Basha clashes over incinerators. A princess is born in Albania

When will Arbri Road be ready?

Brataj shows how many citizens ask for a tampon a day: We are not in the second wave of Covid

Why do people like horror movies? Here is what the experts say

Have you talked to Berisha about where he will run? Basha responds with a sentence

Lulzim Basha: I am not the kind of politician who talks about imprisonment for opponents! Rama's "internment" took me out of context

Basha disappointed by SPAK's response to incinerators: I'm worried they say it was only registered as an investigation

What will happen to Ballsh oilmen? Sejamini: The government must close that refinery! Balluku: That is impossible. We are not a communist state

Belinda Balluku about the pendant that Berisha posted: We buy 10 dollars and they made us 10 thousand euros

Video / He had put the mask back, Rama-former leader of the Democratic Party in Farka: Why do not you say that I put the PS back I

'Sea' in The Hague: The first reaction comes from Greek Prime Minister Mitsotakis

The educator is infected with Covid, the kindergarten in Peqin is closed. 10 other employees are at risk

Not convinced to investigate Biden and his son, Trump intends to fire FBI director

Veliaj issues the documents, the former mayor of Kavaja, Isa Sakja of the Democratic Party, signed in favor of the incinerator

Rapper against the current of artists: I will vote for Trump, I do not want to become 20 Cent with Biden

Ministry of Health: Tirana, the hotspot of the Covid-19 epidemic in the country

Pediatrician Georgia Kuli explains why even children over 6 years old should wear the mask!

Germany does not issue childcare visas

The Assembly approves without any vote against the draft resolution on anti-Semitism, also attended by Ambassadors Kim and Soreca

The 10 best Christmas movies to watch this year-end, or to launch today

Veliaj-Kryemadhit: Telling people to stay in a building that can collapse is stupid and irresponsible

Will they sit down? Rector Artan Hoxha explains the students' request for tuition fees

Disappearance of 2 million euros in Kosovo, Minister of Finance: It was a cyber attack

Prince Leka reacts for the first time as a father

Replica for incinerators / Rama: PD and the old policy collected in the form of mountains of garbage! Basha reminds the case of businessman Hajdin Sejdi

The "Eagle" roundabout closes on Saturday!

Who updates the address, does not receive ANY service, in school, hospitals, bank, etc.

Prince Leka and Elia Zaharia become parents! The special name by which they baptized the girl

Infections in the Czech Republic increase significantly, the championship is interrupted

Horoscope for October 22 by Russell Grant