The European Union of Controllers reacts again to the situation in Albania: Release our colleagues immediately! 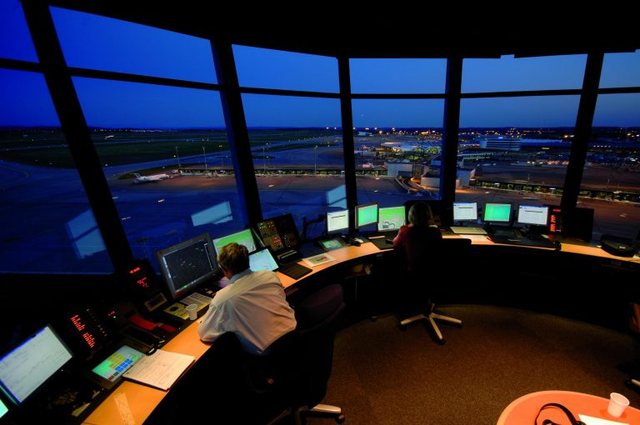 Yesterday, the Union of European Controllers through a public statement has expressed support for the suspension of work by controllers of the Rinas Tower, which led to the paralysis of air traffic in Albania.

Meanwhile, after the arrest of three of the controllers suspected of organizing the strike, the union reacted again with a statement, calling on the Albanian state to release the controllers immediately, and reiterated support for the "right cause" of the controllers, saying that they are “terrified of events.

Statement by the European Union of Auditors:

Immediately place the release for our colleagues!

ATCEUC is horrified by the latest news from Albania.

Air Traffic Controllers who just last Thursday met with their President to express their fears and concerns about their treatment at the hands of their employer Albcontrol have been fired and then arrested.

In a country aspiring to become an EU member it is unacceptable that essential, safety-conscious workers could be fired and eventually arrested simply for carrying out their duties in accordance with EU regulations or for transmitting concerns. their publicly when their employer refused to listen or engage with them, an employer who is ultimately responsible for the safety of passengers traveling in the Albanian sky.

Albcontrol has unilaterally reduced the salaries of their employees by up to 70% without consulting or talking to the Unions which represent their employees.

Albcontrol has rejected any request from the Unions to negotiate a responsible, collective agreement to resolve this crisis, a position which has placed its employees under tremendous additional stress in the midst of a global crisis.

How can Albania see itself worthy of a bright new future as an EU member when its reaction to workers pursuing their fundamental rights to act in a way reminiscent of a dark Stalinist past that hoped he was buried, and arrests those who oppose them? This is even more troubling when controllers do NOT act politically but perform their duties according to national and European regulations.

The European Pillar of Social Rights, it must leave behind all the old ways of passing and fully embracing the rights of workers and their responsibilities towards aviation security of the wider European communities (ie the Council of Europe, ECAC) which they are members of. ATCEUC demands that every EU institution with relations in Albania use its fullest influence to help Albania see the arrest of its citizens who are simply fulfilling their duties and rights under National and European Law instead of entering into a meaningful and constructive dialogue with them is seen as a sign that it is not ready to join the European Union and that their release and return is a fundamental step on the road to full EU membership.

ATCEUC has lost all contact with our Albanian colleagues and is deeply upset by this development and concerned about their well-being, we demand that the Albanian authorities release our colleagues immediately.