Heritage as a socio-cultural construct 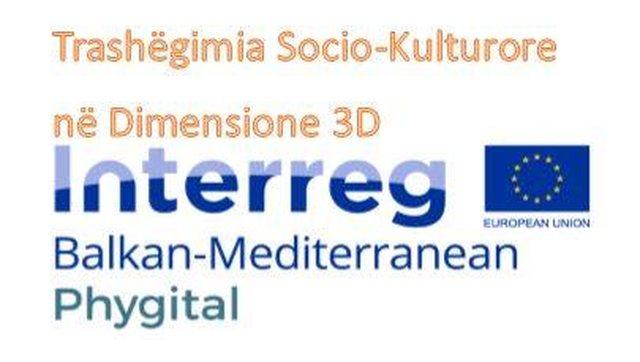 Inheritance is defined, defined in many ways; but in the Oxford dictionary, the first meaning of the word relates to property, which passes or will pass into possession from one owner to another.

Other meanings are closely related to the cultural quality of the property, as follows:

-Objects with value as historical buildings and cultural traditions that pass from one earlier generation to the newest one;

-Objects of special national importance that are protected due to their architectural, historical and natural value;

The modern understanding of heritage dates back to the XVIII-XIX centuries, considering cultural heritage structures, works of art and famous objects, formerly in Germany, Great Britain and France. This understanding is closely related to the development of nations and nation-states, therefore heritage played a very important role in consolidating and harmonizing the identities of states and nationalities / nations; we can emphasize that the common cultural heritage was one of the foundations of the development of nation-states.

Heritage as a social and cultural construct

In the second half of the 1990s the role of inheritance in the functional processes of society came to the fore. Heritage is not simply an alienated object, isolated from the environment, but it marks a socio-cultural construction.

Inheritance marks an active process through which people perceive and understand, but also shape the world around them. It is very important how inheritance is defined and how it is managed, as well as what functions it fulfills in society. It seems clear that inheritance is not uniform, as social groups have different views on inheritance and inheritance is seen differently at different levels of society. This view that we are trying to put forward, in the framework of the "Phygital" project, has in essence the movement from one object to another, from objects in the environment and even further, in society as a whole.

Social practices, rituals and festive events are common activities that structure the lives of communities and groups and are practiced and accepted by most of their members. They are meaningful because they reaffirm the identity of those who practice them as a group or as a society, and in whatever public or private environment they practice, they are linked to important events. Social practices, rituals, and festive events help to celebrate the passing or entry of seasons, events in the agricultural calendar, or stages of human life. These practices are closely linked to the community's worldview and perception of its historical memory. Some festive events, among others, are part of public life and open to all members of the group or community, for example,

Social practices, rituals and festive events include various fascinating types of beauty such as worship rites, life cycle rites: birth, marriage and life-changing rituals, oaths of allegiance, traditional legal systems, traditional sports, games or tribal rituals, housing models, culinary and cooking traditions, seasonal ceremonies, specific practices only for men and women only, hunting, fishing, gathering fruit and food in nature, etc. These elements, which can appear between the use of new technologies, such as objects, ornaments, that memorize socio-cultural, in a 2d, 3d object, in all kinds of materials.

These practices have been strongly influenced by migratory processes, the individualization of the way of life, the influence of formal education, the increasing global influence of the world's major religions, the influence of globalization. Migration, especially of young people, has alienated these young people from the community and reduced the opportunity to practice these rituals. At the same time, these rituals can serve as important reasons for them to return to their homes to celebrate with the community and family, thereby reaffirming the identity and connection to the community they belong to. These rituals are often quite interesting for tourists, who participate enthusiastically and engage intensively in them.

Where the "Phygital" project innovates, is that these events, or scenes of tradition carried by the community, can come to us as souvenirs, between digital, three-dimensional.