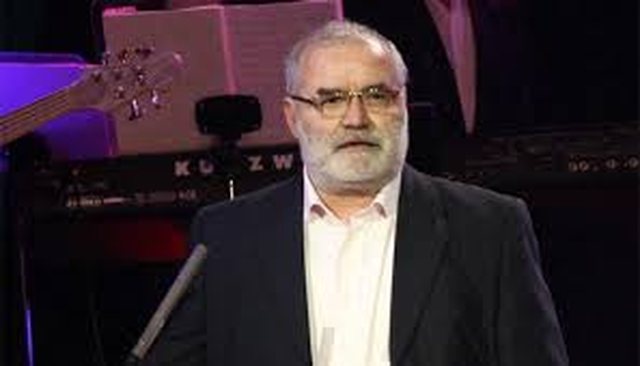 Filip Çakuli, director of the investigative show Fiks Fare celebrates his birthday today. Prime Minister Rama congratulated him with a note on Facebook, as he recalls the time when he joined the Democratic Movement, the Democratic Renaissance, the Democratic Party, but added that he remained equally doubly suspected. Rama attributes to Cakuli one of the most impressive changes in the history of Albanian humor, turning humor into a knife not with two, but with forty pieces!

FILIP ÇAKULLI is one of the prominent talents of the Albanian society, who in humor found the camera of salvation in the sea of ??hell of the dictatorship of the proletariat, where whoever did not fit tightly in the uniform of the Young Man inside the communist Titanic, could drown eyes under the stroke of relentless waves.

With that valet Philip came around the Titanic, sometimes he dived like a diver, sometimes he went up as a sailor and sometimes he dived as a fisherman, sometimes he was seen as a savior and sometimes he looked like a swimmer, in a career where he closely resembled the captaincy as a servant of the people and from a little distance resembled them like a serpent in the bay, until the Titanic sank and Philip came out unscathed to the shore of freedom. Beaten with oil and vinegar, read and tireless, but above all capable enough not to take himself so seriously as to be tightly packed in the new overalls of democracy, and hard enough not to keeping the old cameraman as the only inseparable tool from himself, Filip Çakulli joined the Democratic Movement, the Democratic Renaissance, the Democratic Party, he was still doubly suspected.

Fate took his cameraman to get stuck one day in the bay of Top Channel and finally Philip's ever-watery feet kissed the Promised Land of someone like him, who neither understands nor can he live life without humor as the art of communicating with others and interacting with society. There was born under the command of Filip Çakulli the most subversive unit of the Copernican revolution of Tanit Topi in the world of Albanian media, "FIKS FARE", which brought one of the most impressive changes in the history of Albanian humor, turning humor into a knife not with two, but with forty presas!

Today that Filip Çakulli turns no matter how old he is, I remember the first time I met his ambiguous face, in Lushnja, in the window of the small apartment of the poet Bujar Xhaferri, where the future father of "FIKS FARE" -s, put his head in and said, long live the Party!

To live as long as the Philip Mountains, along with the party of course!

Video / Message of Obama making basket and Biden following him

Boris Johnson predicts to open England next year. Kosovo has the highest number of infections. Dies at age 90 Sean Connery

How to treat acne scars in the most effective way?

Boris Johnson warns in case of bad patient selection scenario, Endri Fuga reacts on Twitter: Luli has someone to deal with tomorrow

Boris Johnson warns of blockage: From Thursday you will stay home until December

Another attack in France, a priest is injured

In Valbona with a mask

Crises are the greatest blessing for people and nations

After 18 hours of searching, a mother with three children emerges alive from the rubble in Turkey

They did not respect the security protocol, 3 locals were fined with 1 million ALL

The new rule is approved. Identification in the April 25 Elections will be biometric

The number of infected in Kosovo, the highest since the beginning of the pandemic

Death is already part of our daily lives, how to live with it

All of Greece has mourned, the two young men died embracing

Do we risk quarantine again? Here is what the Institute of Public Health Expert Eugena Tomini says

Not only Ilion Lika, but also Gjergji Muzaka alongside Veliaj: He has kept every promise for sports, happy that we share the same mentality for work

Basha: Rama is creating rumors, we do not become part of his game

Kate Middleton tricks to calm children, you can use too

Veliaj mocks Basha and Kryemadhi: One thinks about fines, the other stands out and says there is no Covid

Veliaj shows the key to victory in the April 25 elections, calls on Democrats to join SP

Ermonela Joho and Saimir Pirgu among the only artists who perform: We also have the energy of those who stay at home

Erion Braces's call for those who will celebrate Halloween: I saw the bars in Bllok and Rruga e Salas ready to be torn in lek and in COVID

He called him "dog son dog" Rama answers Meta: He appears on the screen like a drunk at the door of the bar

Rama from the construction site of Kukës Airport: The reason why I insisted that it be built

Violation in the exercise of duty, Olsian Çela demands investigation for the prosecutor Shkëlqim Kokona

Photos and Videos / What left behind the powerful earthquake in Turkey

The best IKEA suggestions in the 2021 catalog

US election battle, Trump: A safe vaccine will save you within a few weeks

Earthquake in Turkey and Greece, puts the number of victims at 27

The first photo of little Princess Geraldine is published! While mom Elijah makes the sweet dedication