Why are Finns the happiest people in the world? 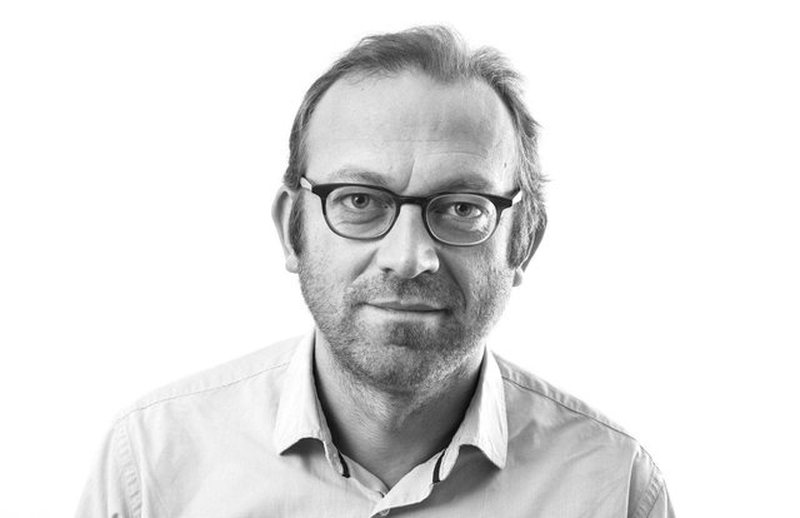 By Enver Robelli / A report on Finland in a German newspaper and some thoughts on Kosovar missed opportunities.
Big newspapers also bring great reports. They have the opportunity to send correspondents to different and interesting places, where they can research and write fantastic reports. Kai Strittmatter, correspondent for the Scandinavian countries of the Tages Anzeiger (Zürich) and Süddeutsche Zeitung (München), wrote to me in an email a few weeks ago: "why the Finns are the happiest people in the world." Researching happiness in crown time is a beautiful job. The report from Finland was published today. Three pages of the newspaper. So why are Finns the happiest people in the world? For the Albanian public - a short summary of the report (this is a tempting promise to read the text).

According to the UN World Happiness Report the happiest people in the world live in Finland. Three times in a row, the UN has chosen Finland as the country worth living in the most.

One explanation why Finns are happy has to do with books and libraries. On the 100th anniversary of independence (in 2017) Finland did not donate a monument to itself, but a library. Oodi, this is the name of the central library of Helsinki, the capital of Finland. "A gift from another world," writes Strittmatter. And he continues: “Happy are those people who, on the occasion of the 100th anniversary of their existence as a state, donate to themselves a library, which has been chosen as the best in the world. The Oodi is more than just a library, it is a kind of living room for Helsinki residents and visitors. There you can read and borrow books, meet friends, organize birthday parties, borrow tools that are missing from home. "Look, across there is the parliament, the temple of democracy. We have built (the library) Oodi in such a way that from here we stand on an equal footing with the parliament ", says the architect Antti Nousjoki. The goal is for people to live in the library and not waste time shopping, "shopping", as it is already said in all English languages ??without any need.

Many years ago Finland passed a law on libraries. In 2016, Finns visited a library 50 million times and borrowed 68 million books. As far as I know: Finland has a population of 5.5 million. The Oodi Library has cost 100 million euros. Lots of money? Pak para? Who gets worried. It is important for the people to be happy in the big city hall. Has it been possible to build something like this in Kosovo? Consider the 10th anniversary of independence: a large library that draws attention beyond the region, a temple of knowledge and - why not - a temple of happiness? Kosovo also has 100 million. But Kosovo has 100 million for asphalt, for dizzying enrichment of politicians, for those who after "liberating" Kosovo bought thousands of hectares at absurdly cheap prices and now either turn them into quarries or private ranches. On the other hand: a lot of energy has been expended in barren debates over the construction of places of worship in Pristina. The arbitrarily built cathedral is an architectural anti-pearl. The mosque that is expected to be built will be of the same ugly architectural level.

Architect Antti Nousjoki says: "You should know that Finns are happy to pay taxes, because we know that we get something for this, but also because we have a very egalitarian society." What is egalitarian society? That society that is oriented towards political and social equality. The Finns have given the world a word, which describes the technique of relaxation and spiritual rest: "Kalsarikännit"! Wikipedia translates the word: "Getting drunk at home sitting only in panties."

Kai Strittmatter's report is very apt to compare something that may not be compared, but still needs to be done as a vision and a dream: why Finland is so happy and why from the Balkan countries, especially from the Albanian lands, hundreds of thousands of people abandon their homes in search of a better life in Western Europe? What are the prerequisites for a people to be happy? In Finland there are functioning democratic institutions, a generous, generous state, almost no corruption, equal opportunities, gender equality, high educational standard, social cohesion, great freedom in making decisions about life models - all these are spices for a happy life. "Good states do not produce happiness," says Heikki Aittokoski, author of The Island of the Blessed. Good states “take care to eliminate all the factors that can make you unhappy. "The Nordic countries and Finland are extremely agile in this area."

What makes Finns happy again? Strittmatter notices a musical phenomenon: "Heavy Metal" and tango are popular in Finland. In 2019, Finland counted 70 bands of "Heavy Metal" music per 100 thousand inhabitants. A people who spend a lot of time in libraries and deal with music - here are recipes to be happy. Proximity to nature is also an important factor. Finland has 187,888 lakes. Three quarters of the territory is covered with mountains. The Finns have the cleanest air and water in the world. They live in the safest place on the planet, have the highest level of literacy in the world, their schools and universities are free for citizens and are considered among the best. Last year a contestant from Finland won the competition for the most beautiful postage stamp in the world. Even in this discipline the Finns are fantastic. Of course also in ice hockey.

Citizens who trust each other and institutions are usually happier. Polls show that nowhere in Europe do citizens trust each other, politics, police and media more than in Finland. And citizens are likely to trust women more and hand over some important responsibilities to them. The Prime Minister of Finland is 34-year-old Sanna Marin. Here, too, the Finns are at the top of the list: Marin is the youngest head of government in the world. Between government jobs she posts photos on Instagram breastfeeding her baby. Its coalition consists of five parties - with a woman at the helm of each party. For 30 years in Finland there are kindergartens that work 24 hours a day. Ideal for parents who work late or at night.

The Finn finds relaxation, as it was said, in nature. Often jumping into the icy cold water of one of the 187 thousand 888 lakes. 5.5 million inhabitants share more than 3 million saunas. Onni Niemi is the champion of sauna in Finland. Has been 9-thousand times in the sauna. There are also such races in Finland.

According to the EU Commission, Finland is a leader in digitalization. Finland's advantage: combining innovative thinking with social responsibility. And as you read this report, show some pictures from Kosovo: small libraries that were opened a few years ago and have already been destroyed by the barbaric hand. Noodle in the shape of a man who can not wait to get out of the building, but lights a cigarette in the elevator. The wives of politicians who instantly post on Instagram the expensive bags they bought at the "shop" in Zurich and Istanbul. Politicians who retreat to the outskirts of Pristina to their new villas and thus show that they do not want to mix with the "lower class", which, unfortunately, has voted for them for years. Finland is far from Kosovo, really yes.

Covid-19 / Video from inside the most infected area of ​​Europe

Daily news! New record of Covid infections in the country. New Rama-Basha clashes over incinerators. A princess is born in Albania

When will Arbri Road be ready?

Brataj shows how many citizens ask for a tampon a day: We are not in the second wave of Covid

Why do people like horror movies? Here is what the experts say

Have you talked to Berisha about where he will run? Basha responds with a sentence

Lulzim Basha: I am not the kind of politician who talks about imprisonment for opponents! Rama's "internment" took me out of context

Basha disappointed by SPAK's response to incinerators: I'm worried they say it was only registered as an investigation

What will happen to Ballsh oilmen? Sejamini: The government must close that refinery! Balluku: That is impossible. We are not a communist state

Belinda Balluku about the pendant that Berisha posted: We buy 10 dollars and they made us 10 thousand euros

Video / He had put the mask back, Rama-former leader of the Democratic Party in Farka: Why do not you say that I put the PS back I

'Sea' in The Hague: The first reaction comes from Greek Prime Minister Mitsotakis

The educator is infected with Covid, the kindergarten in Peqin is closed. 10 other employees are at risk

Not convinced to investigate Biden and his son, Trump intends to fire FBI director

Veliaj issues the documents, the former mayor of Kavaja, Isa Sakja of the Democratic Party, signed in favor of the incinerator

Rapper against the current of artists: I will vote for Trump, I do not want to become 20 Cent with Biden

Ministry of Health: Tirana, the hotspot of the Covid-19 epidemic in the country

Pediatrician Georgia Kuli explains why even children over 6 years old should wear the mask!

Germany does not issue childcare visas

The Assembly approves without any vote against the draft resolution on anti-Semitism, also attended by Ambassadors Kim and Soreca

The 10 best Christmas movies to watch this year-end, or to launch today

Veliaj-Kryemadhit: Telling people to stay in a building that can collapse is stupid and irresponsible

Will they sit down? Rector Artan Hoxha explains the students' request for tuition fees

Disappearance of 2 million euros in Kosovo, Minister of Finance: It was a cyber attack

Prince Leka reacts for the first time as a father

Replica for incinerators / Rama: PD and the old policy collected in the form of mountains of garbage! Basha reminds the case of businessman Hajdin Sejdi

The "Eagle" roundabout closes on Saturday!

Who updates the address, does not receive ANY service, in school, hospitals, bank, etc.

Prince Leka and Elia Zaharia become parents! The special name by which they baptized the girl

Infections in the Czech Republic increase significantly, the championship is interrupted

Horoscope for October 22 by Russell Grant