WHO: Infections from Covid-19 record levels, here are the two most affected continents 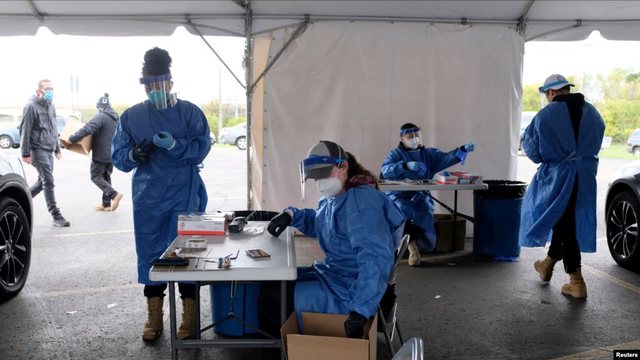 The daily cases of COVID-19 have reached record levels worldwide, especially in Europe and the American continent, the World Health Organization said on Friday.

WHO Director-General Tedros Adhanom Ghebreyesus told a news conference in Geneva that a record number of cases had been reported in each of the past four days.

The United States had more new infections over a 24-hour period than any other country, with 63,610, with the total number of cases on Friday at over 8 million, the highest number worldwide, according to Johns Hopkins University figures .

The influx into the United States is attributed to rising infection levels in the states of Texas, Illinois, Wisconsin, Florida and California, according to data collected by Johns Hopkins.

India registered 63,371 new cases on Friday, while there was also a significant increase in the number of infections in France, Brazil and Britain.

On Saturday, France will start a curfew from 9pm to 6am for the Paris region and at least seven other cities: Lyon, Grenoble, Aix-en-Provence, Montpelie, Lille, Rouen and Saint -Etienne. The traffic ban will remain in force for at least four weeks.

German Chancellor Angela Merkel and the governors of the country's 16 states have agreed to impose a new round of restrictions across the country after seeing new COVID-19 record cases. Restrictions include closing bars and restaurants early and limiting the number of people allowed to gather in public.

Merkel said Friday that a planned European Union summit on China's 27-nation bloc policy in Berlin next month was canceled due to the revived pandemic.

As of Friday noon, there were more than 39 million cases of COVID-19 worldwide and more than 1.1 million global COVID-19 deaths, according to Johns Hopkins University.

Dormitories close in November: Decision on students who have made the payment

Taiwan has 200 days without any new case with Covid. Ja si ia doli

Warning of scientific advisers in Britain: The deaths of the second wave of Covid will overcome any scenario

Three vehicles collided in Fushë-Prezë, 6 injured left for the hospital