Meta brings KED the names of 10 candidates to the Constitutional Court and calls on them: Report any obstacles 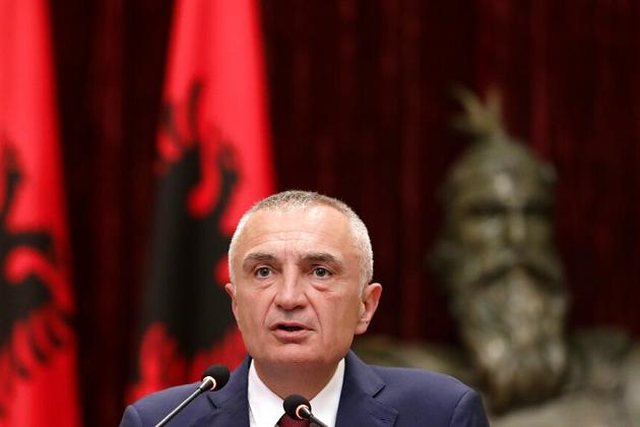 There are 10 judges who have applied for the vacant position in the Constitutional Court announced by President Meta, created by the premature end of the mandate of former judge Besnik Imeraj.

In the announcement of the presidency, it is stated that these names were sent to KED, the Council of Judicial Appointments, with their documentation:

The list of the above applicants, together with the documentation submitted by them, will be immediately forwarded to the Judicial Appointments Council in order for this body to immediately follow the process of verifying all candidacies for filling this vacancy, according to law.

- with the administration of the list of persons who have expressed interest in filling the vacancy of the former judge Besnik Imeraj, to start immediately from the work with the collection of relevant documentation to verify the candidacies as soon as possible, indicating any obstacles that may encountered during the process of gathering and / or processing information for this purpose.

Meanwhile, he reminds KED that for filling the vacancy of former judge Besnik Muçi, which KED is currently in the process.

- to work without interruption, to complete the review of candidacies as soon as possible and according to the law;
- to engage with all capacities for the evaluation and scoring of the candidates who are allowed to run; and
- to propose to the President the list of candidates for filling this vacancy, according to the Constitution and the law .

The Constitutional Court currently has only 4 judges, not making it functional. Vitore Tusha is in charge of the Court temporarily commanded, while for the Court to start its work, out of 9 members in its composition, there must be at least 6 judges.

The stalemate with the Constitutional Court has sparked debates between the majority and the presidency, who accuse each other of blocking it. President Meta has reported to SPAK the former head of KED Ardian Dvorani. The Constitutional Court is a condition for the EU to set up for the first Intergovernmental conference.

Full announcement from the Presidency:

'The Constitutional Court should be fully functional as soon as possible with all 9 of its members, so that during the review of cases, this judicial body does not face any procedural obstacles that make it impossible to make decisions on the basis of constitutional claims raised. by the parties', it is said at the end in the announcement of the Presidency.

Video / Message of Obama making basket and Biden following him

Boris Johnson predicts to open England next year. Kosovo has the highest number of infections. Dies at age 90 Sean Connery

How to treat acne scars in the most effective way?

Boris Johnson warns in case of bad patient selection scenario, Endri Fuga reacts on Twitter: Luli has someone to deal with tomorrow

Boris Johnson warns of blockage: From Thursday you will stay home until December

Another attack in France, a priest is injured

In Valbona with a mask

Crises are the greatest blessing for people and nations

After 18 hours of searching, a mother with three children emerges alive from the rubble in Turkey

They did not respect the security protocol, 3 locals were fined with 1 million ALL

The new rule is approved. Identification in the April 25 Elections will be biometric

The number of infected in Kosovo, the highest since the beginning of the pandemic

Death is already part of our daily lives, how to live with it

All of Greece has mourned, the two young men died embracing

Do we risk quarantine again? Here is what the Institute of Public Health Expert Eugena Tomini says

Not only Ilion Lika, but also Gjergji Muzaka alongside Veliaj: He has kept every promise for sports, happy that we share the same mentality for work

Basha: Rama is creating rumors, we do not become part of his game

Kate Middleton tricks to calm children, you can use too

Veliaj mocks Basha and Kryemadhi: One thinks about fines, the other stands out and says there is no Covid

Veliaj shows the key to victory in the April 25 elections, calls on Democrats to join SP

Ermonela Joho and Saimir Pirgu among the only artists who perform: We also have the energy of those who stay at home

Erion Braces's call for those who will celebrate Halloween: I saw the bars in Bllok and Rruga e Salas ready to be torn in lek and in COVID

He called him "dog son dog" Rama answers Meta: He appears on the screen like a drunk at the door of the bar

Rama from the construction site of Kukës Airport: The reason why I insisted that it be built

Violation in the exercise of duty, Olsian Çela demands investigation for the prosecutor Shkëlqim Kokona

Photos and Videos / What left behind the powerful earthquake in Turkey

The best IKEA suggestions in the 2021 catalog

US election battle, Trump: A safe vaccine will save you within a few weeks

Earthquake in Turkey and Greece, puts the number of victims at 27

The first photo of little Princess Geraldine is published! While mom Elijah makes the sweet dedication